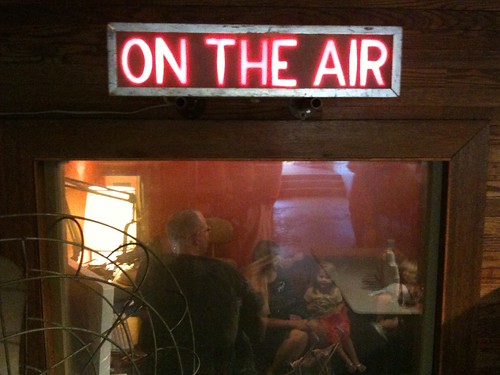 The Hollow Earth Radio crew is in their second hour of their open house and open mic now, where anyone can stop by and get on air.

Garrett tells me that they’ve already had an appearance by Dominic Holden from the Stranger, a guitar player, other folks who have stopped by to tell their story.

And we ran into our friends in the Burkhardt family in the broadcast booth, talking to the kids about bikes and Star Wars and the proper care and feeding of baby dolls.

The open mic continues through 6pm. Stop by and check it out!