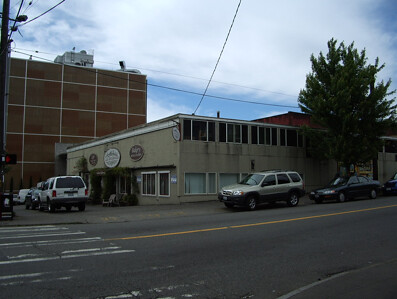 Our friends at CapitolHillSeattle.com are reporting on Union Street activity so that we don’t have to. They say that the long-vacant space at 14th & Union, formerly occupied by La Panzanella Bakery, will be the home of a new craft distillery and possibly a new hardware store (!):

The Oola application for a distillery license is new business so that component for the East Union address appears to be a done deal. That seals up the tasting room part of things — and probably the distillery part of the business, too. We’ll check in with the man behind Oola, local art gallery owner Kirby Kallas-Lewis to find out more.

The hardware store part of the equation? That’s a puzzler. The paperwork covers two construction projects and a land use filing that would see the parcel’s official City of Seattle “use” be changed from “bakery” to “hardware store.” All of the filings are in preliminary stages which could indicate, obviously, that things are just getting started or, in some cased, could be debris left from a business deal that has fallen through. All of the names on the filings are for architectural firms so yield no clues as to what business is — or was — behind the filings

Other rumors: that CC’s was also looking at the space as an option when they get kicked out by new development on their block.