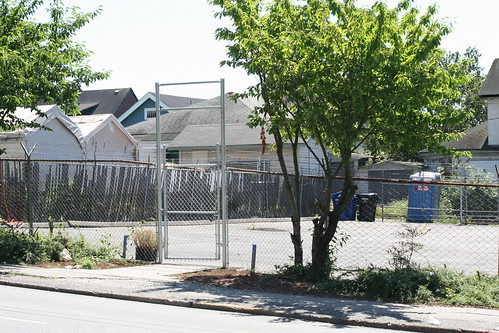 The weekend market that we first talked about in May has come to an abrupt end, just five weeks after opening.

We got a tip from a community member that they had cleared out, and a quick stop by the parking lot at 18th & Jackson confirmed it. All of the tents, signs, and other items from the market have been cleared off of the property.

The market organizer had previously mentioned that slow traffic on Sundays could see the elimination of that day in their schedule.

The end of the Jackson Street market leaves just a single weekly option in the neighborhood, with the “Madrona Market” apparently doing well in its Friday afternoon location in the Grocery Outlet parking lot at MLK & Union.