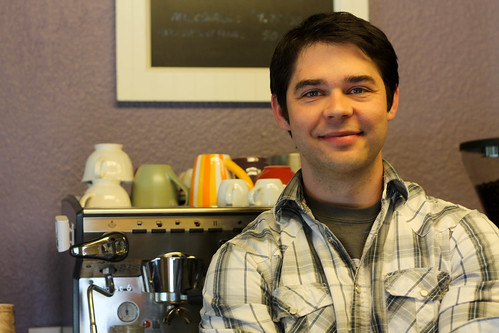 Fixx Coffee Bar (a new CDNews sponsor) recently opened up shop at 2310 East Madison Street. If that address sounds familiar to you, that would be because Cafe Char most recently occupied the site. Cafe Char had a short, volatile history at this space. But, if you recall a bit further back, The Fargonian Coffeehouse enjoyed a successful run on that block until it shuttered in 2006.

Fixx has learned a few lessons from Cafe Char. Chiefly, its hours of operation are straightforward 7 am to 6 pm 7 days a week. Second, it has partnered with Fremont Coffee Company and serves its beans. Aric Annear, Fixx’s manager, is also part-owner of Fremont Coffee Company. He explained to us that a distinguishing characteristic of Fremont’s beans compared to others (such as Vita, Herkimer, etc), is that they shy away from Starbucks-like dark roasted beans. Fremont’s beans are a more light roast. Bluebird Cafe is an example of a local cafe that serves Fremont’s beans. In turn, Fixx sells Bluebird Ice Cream. In fact, the coffee ice cream sold by Fixx incorporates Fremont’s beans.

All espresso drinks are double shots. There is free wi-fi. Stop by and give them a try. 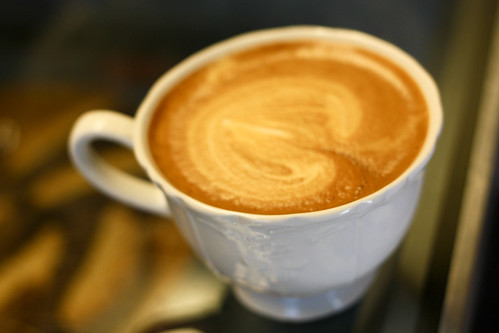 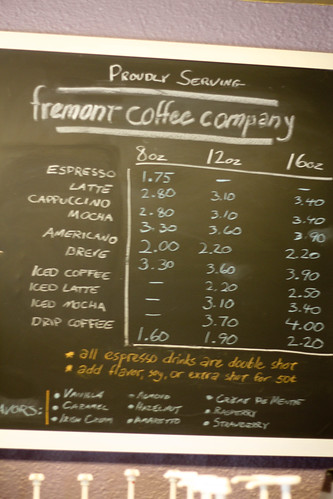