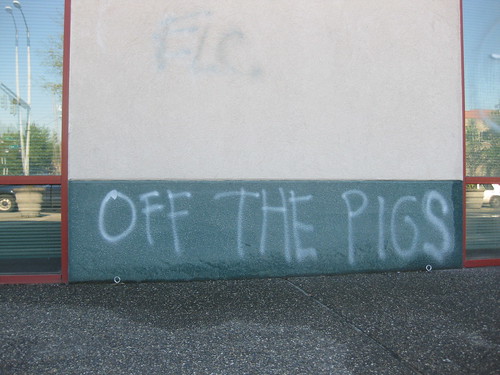 Last night several of our Twitter friends told us about an impromptu protest that marched up and down Union.

The signs and chants of the marchers said that they were protesting the recent manslaughter verdict against a transit police officer who shot and killed an unarmed man on an Oakland subway platform in 2009. The victim’s family and supporters expressed dismay that the officer escaped a more serious charge of murder.

The protest in the Central District last night left some indelible marks on the side of the SPD drop-in center at 23rd & Union. When we got there this morning, we found Earl of the nearby Earl’s Cuts and Styles out with a pressure washer and solvents trying to clean the graffiti off. He said he’d spent $20 so far and been out there since 7am, and was having hard time getting the red paint out of the beige stucco siding. 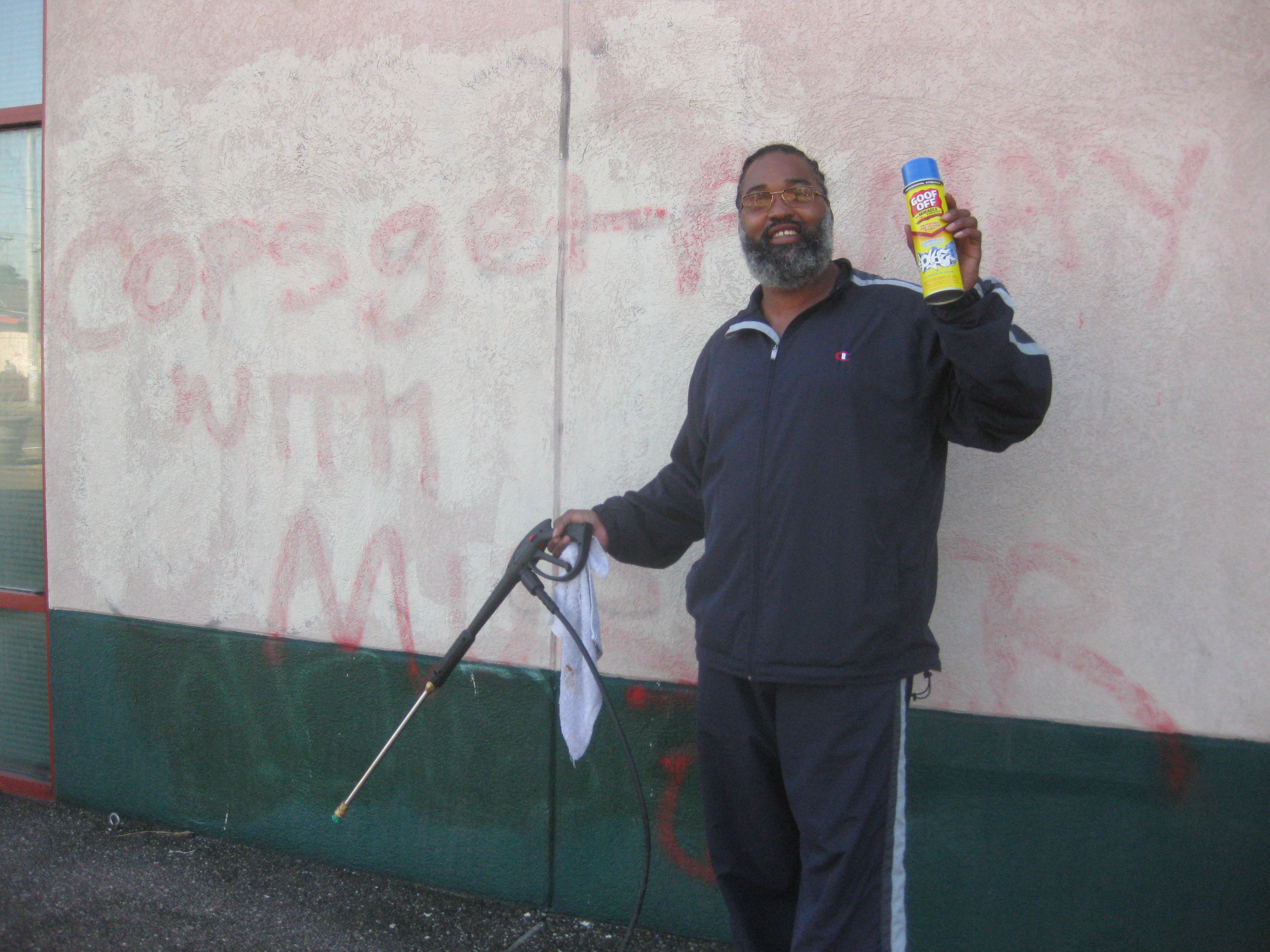 Earl of Earl’s Cuts and Styles cleaning off the graffiti