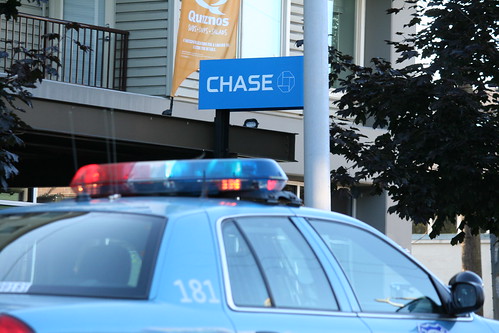 Another week, another robbery at the 23rd & Jackson Chase Bank. It happened last night at 6pm, when a man walked in and made a verbal demand for cash, then left on foot with an undisclosed amount of pilfered funds.

The suspect was described as a black male, late 20s or early 30s, 6′ tall, dark complexion, wearing a red hoody and red baseball cap. He was also carrying a black reusable grocery bag.

Containment was set up, but the suspect was not located.

The FBI is currently in charge of the case, but so far are not releasing any further details or photographs of the suspect.

0 thoughts on “Another robbery at 23rd & Jackson Chase Bank”