Kate Fleming was killed when her basement flooded during the Hanukkah Eve Storm of December of 2006. There have been several suggestions of ways to honor her life, including from CDNews members who have suggested that the new stormwater detention pond and park be named in her honor.

According to a recent email from the city, the parks department is working with artist Charlene Strong on a plan to erect a sculpture in remembrance of Fleming, as part of the second phase of stormwater improvements planned for the valley.

The 8 foot tall stone sculpture would have a polished face, and engravings on the side that say “be a light – be a flame – be a beacon”. Fleming’s name would be engraved on a smaller stone attached to the larger one. 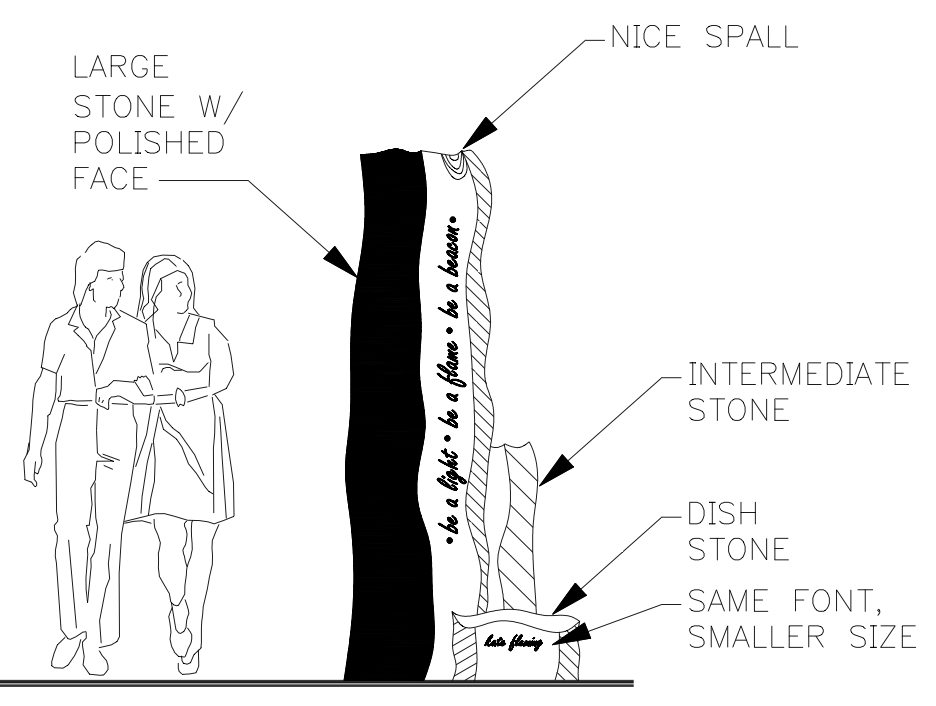 Installation is targeted for the fall of 2011.

The sculpture will be placed on the north side of Madison Street, adjacent to a new path that will lead pedestrians down to a landscaped area in Washington Park where a large stormwater storage tank will be placed. 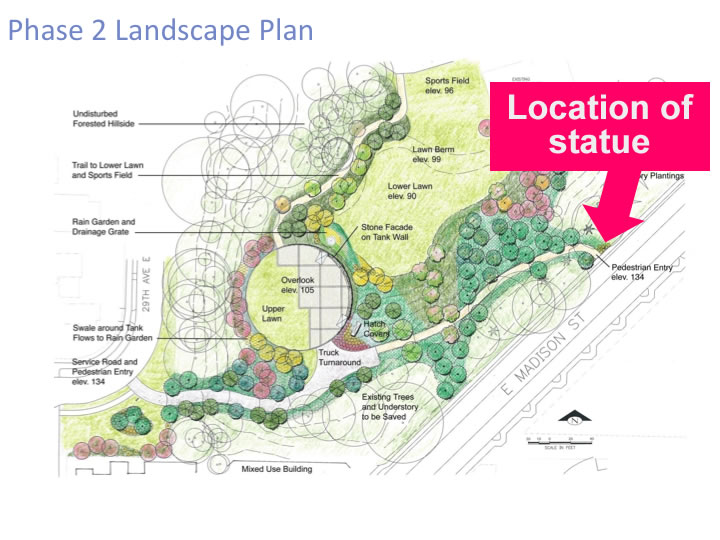