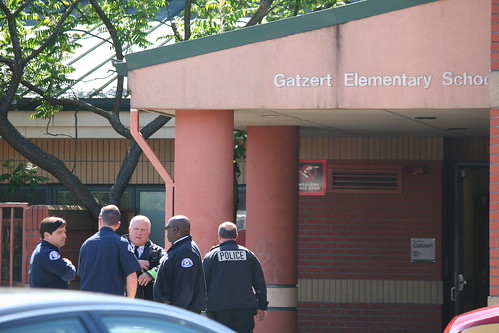 A fourteen year old boy has stabbed another child one of his schoolmates at Bailey Gatzert Elementary this afternoon.

The injuries are reportedly minor, with the victim suffering a cut to the chin.

The suspect was seen running up Yesler, westbound away from the school. Police caught up to him next to the Yesler Community Center and took him into custody while a large crowd from the neighborhood watched on.

Medics were treating the victim in the school – he’ll likely get transported to a hospital for further attention.

More photos from the scene soon, and details when we get them.

Update: We’ve placed a call to both SPD and Seattle Schools for more details but have not yet heard back.

On June 11th at approximately 4:11 p.m. officers responded to a report of a stabbing at an elementary school in the 1300 block of Yesler Way.  Preliminary investigation indicates that two juvenile males got into a verbal argument that became physical.  The 12-year-old male suspect brandished a knife and cut the 14-year-old male victim on the chin.  The suspect then ran off.

The suspect is currently under hospital guard.  Upon release, officers plan to book him into the Youth Service Center for Investigation of Assault. 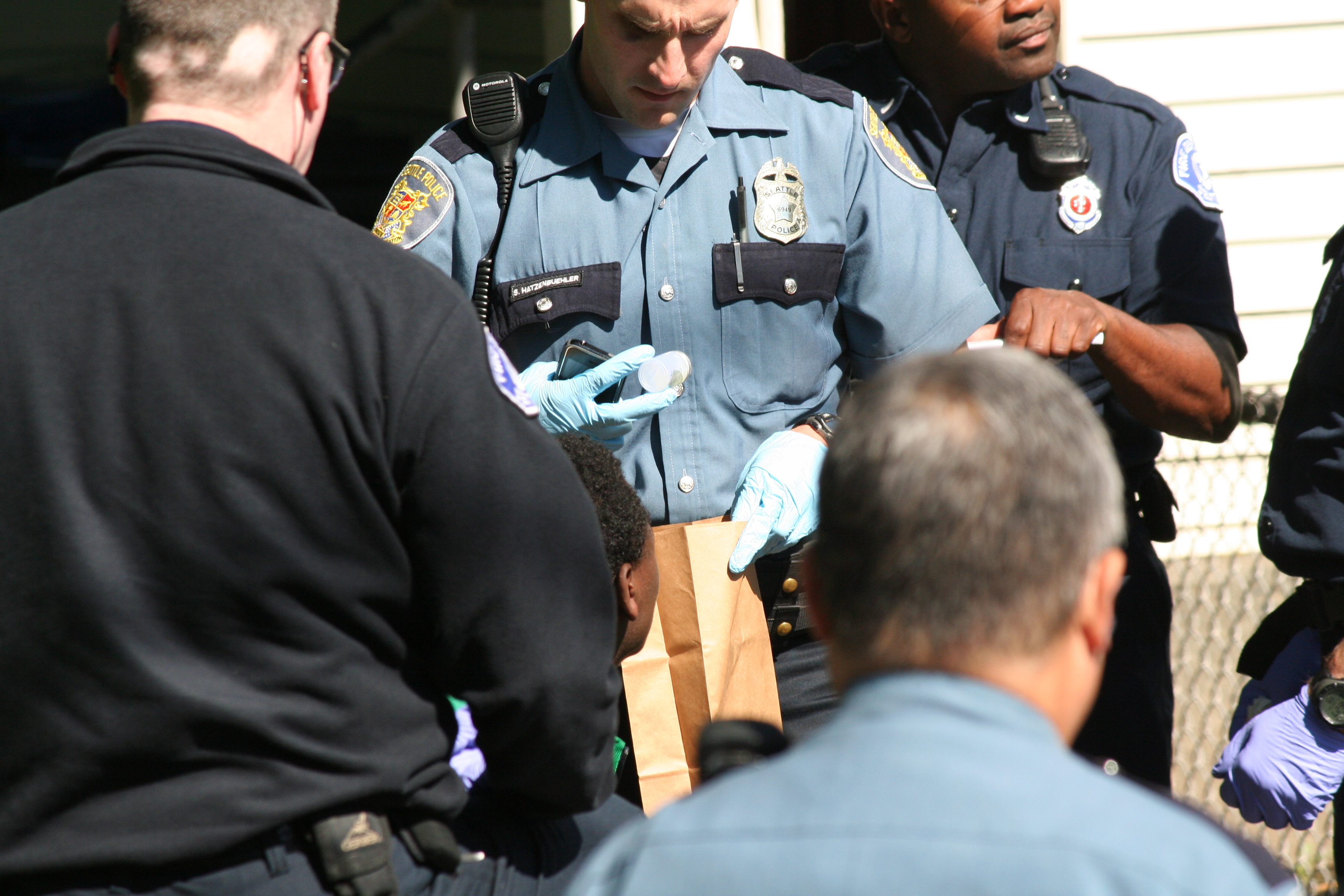