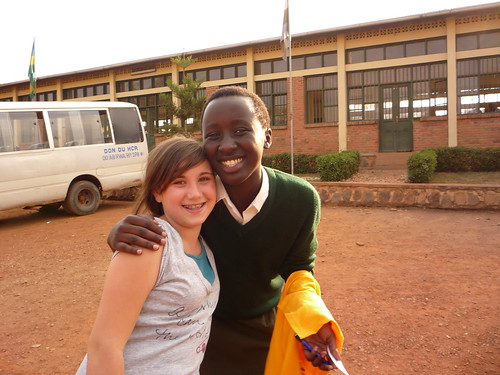 It’s been four years since the 15-year-old founded Richard’s Rwanda-IMPUHWE, a Seattle-based group that raises money to educate girls in a village in Rwanda. In that time, Jessica has visited Rwanda three times, earned national recognition for her work, including a spot on CNN and a cover story in Parade Magazine, and built lasting friendships with the 30 girls in the rural area of Nyamata.

“It’s a part of my life,” Jessica says of IMPUHWE.

Jessica started the group after a visiting speaker, Richard Kananga, stayed with her family and shared stories of the survivors of the 1994 genocide. Hearing about the girls who had to give up school when their families were killed moved her to want to help in some way.

“When I heard about this and the priorities they have to make instead of making education their first like I do, I thought maybe I could start a little group that could raise money for them to go to school,” Jessica recalls.

The movement has snowballed since then, and now the group has chapters at several Seattle-area schools, including Garfield. This month, when Jessica will travel to Rwanda for the fourth time, her middle school classmates who helped found the group four years ago will be making the trip as well.

“It’s going to be a really incredible experience of finally meeting these girls they’ve been writing letters to since sixth grade,” Jessica says. “They’re going to meet them and create even more of a relationship than they did have. And we’re going to go and teach English and help them with their education since that’s what it’s all about – this girl to girl relationship, telling them how important school is.”

For her mother Lori, it’s incredible to see what her daughter has experienced in the last four years.

“But if it’s for a good cause then it’s so worth it,” Lori says. “Because we always talk about, it’s not about her, it’s about going and making a difference and inspiring others to do the same.

While Jessica someday wants to work in education or journalism, with a focus on activism, she points out that she doesn’t have to wait to be an “adult” to have an impact.

That’s why one of her aims for this year, in addition to building a library in Nyamata, is to continue to let people know what can be accomplished by anyone, regardless of age.

“One of my goals is to get more people – not necessarily involved – but aware of what’s going on,” Jessica says, “and aware of the ability for youth to make a difference.” 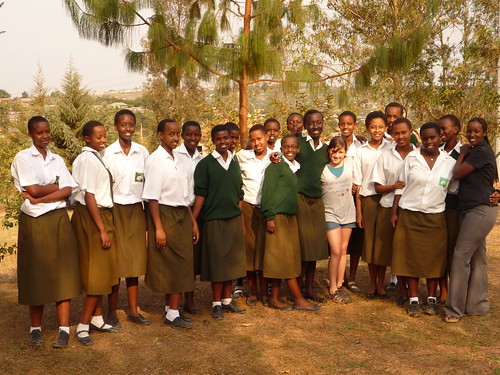 0 thoughts on “Garfield freshman brings education to girls in Rwanda”