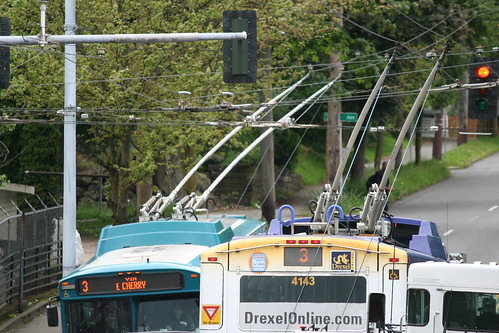 Today the city council transportation committee hosted a lunchtime presentation on trolley buses and their potential replacement by Metro. The transit agency is currently scoping a year-long study that will guide the county’s decision on whether to scrap the current trolley bus network and replace them with hybrid diesel buses.

As we’ve reported before, the potential change is driven by the upcoming need to replace the current fleet of trolley buses in 2015 due to the upcoming end of “useful life” for the current buses. The main issues are cracking bodies in the 24-year-old articulated buses (which were previously repurposed from service in the bus tunnel), and outdated electrical systems in the more recent Gillig trolley buses, whose motors actually came out of trolley buses purchased in 1979.

A Metro project manager said that the study will compare a range of different bus technologies and look at the lifecycle costs and environmental impact between each, including:

There was a full contingent of city council members present for the meeting, indicating the high degree of attention the trolley bus issue gets among the city leaders.

The issue of environmental impacts and risks for the cost of oil was a consistent issue brought up by members of the city council. Councilmember Richard Conlin strongly encouraged Metro to include a range of possible fuel costs in their analysis, which is one of the factors we highlighted in a story last month.

The council also expressed a strong desire to work with Metro to keep the trolley network in place, specifically mentioning the possibility of offering lower electricity costs to the county. However, according to our analysis, electric costs are unlikely to have a large impact, and the idea of reworking the responsibility for trolley wire maintenance was not brought up.

Your chance to weigh in is next week when Metro will be holding a public meeting to discuss the trolley bus replacement study. 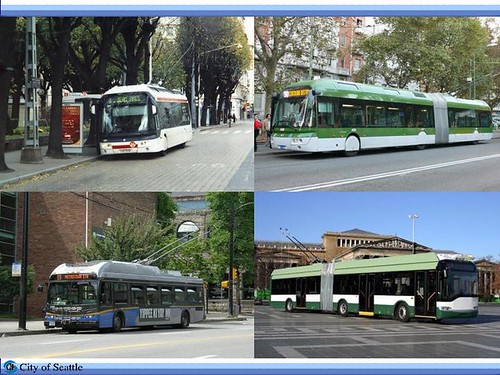 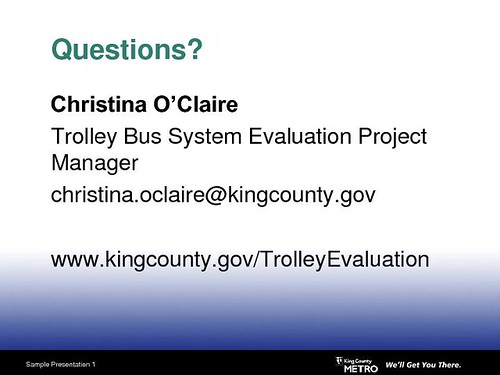