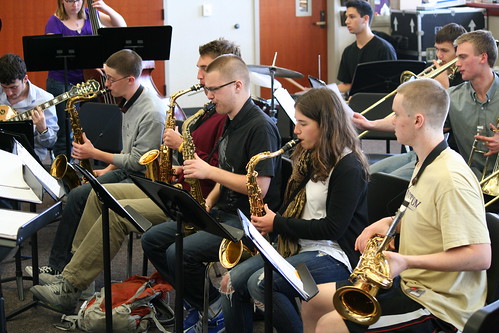 Big congratulations to our local students in the Garfield Jazz program who have been confirmed as among the top 3 finalists in this year’s Essentially Ellington competition in New York City.

They’ll have one more performance tonight at 7:30pm (EDT), followed by a decision on where they place within the top 3.

As we mentioned on Friday, Garfield has one first place 3 times, and has been in the top-3 all but twice since 2002.

The other two bands in the top-3 are:

That’s stiff competition. A twitterer in the audience today said that Foxboro had a “barn burner” performance. And Foxboro has appeared in the top-3 four times since 1997.

But Garfield got it’s own props from that same twitter, who said “Garfield swings so hard. Amazing solos. Set the bar high for the day!”

Stay tuned for more details once the final results are announced.