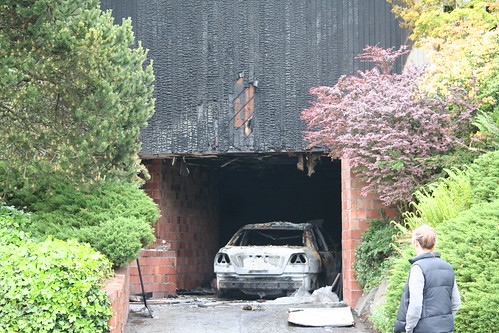 The spontaneous combustion of oil-soaked rags led to an explosive garage fire causing $200,000 worth of damage early this morning.

I just spoke with Dana Vander Houen from the Fire Department, who said firefighters arrived shortly after the fire broke out at 4:30am at 122 37th Ave E, and had it under control within 45 minutes. There was no one home at the house, and no injuries, though there was a car parked in the garage.

The flames spread from the garage through the empty house and onto the roof, causing extensive damage. But the fire inspection team termed the fire to be accidental.

Update: According to KIRO7, which has video, the house was designed by well-known architect John Rohrer (he also designed the long house at Tillicum Village) and was about to be put on the market. 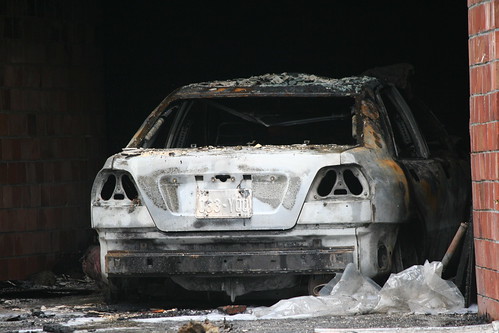 0 thoughts on “Fire at 37th Ave and Florence Court”