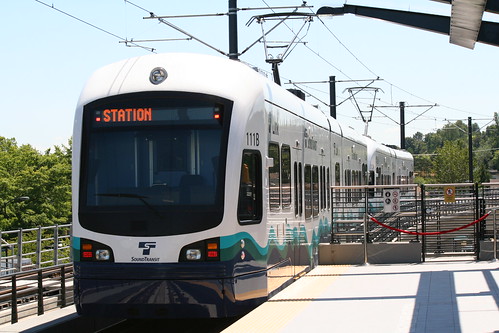 Here in the Central District we’re very heavy users of transit. Our bus routes are standing-room-only for much of the day. And we’re also naturally big supporters of transit, giving super-majority votes to recent initiatives to expand light rail and increase bus funding. But with light rail running on I-90 and the streetcar on Broadway, so far we’ve only been skirted by the improvements. We’ve been left out of any planning that would bring the capacity, speed, and reliability of rail transit to the core of the neighborhood.

Back in November we asked our new Mayor to focus on a citywide plan for transit expansion that would include the Central District. With all the talk of adding rail service to West Seattle and Ballard, it was alarming that there still wasn’t any long-range plan to connect our neighborhood and other parts of the city to the growing regional light rail system. The obvious risk is that at some point our local support for transit could start to wane if our taxes only go up while others get the goodies.

We’re happy to report that the mayor’s office responded to one of our earlier queries, and announced that the city is beginning a new Transit Master Plan that would provide a long-range vision for the expansion of transit around the city, including here in the CD. Here’s part of the email from Nathaniel Merrill in the mayor’s office:

The mayor shares your view that Seattle needs to update its transportation planning to include a more robust transit element.  The new Transit Master Plan, which we expect to begin developing within the next few months, is envisioned to serve as a blueprint for transit investments in the same way that the recently adopted Bicycle and Pedestrian Master Plans are guiding the development of improvement to help make biking and walking easier in Seattle.  With a Transit Master Plan in place, the City will be able to pursue funding to make key transit investments in neighborhoods like the Central District and throughout our city.

We followed up with the city Department of Transportation to find out more, and SDOT spokesperson Rick Sheridan told us that while it’s too early in the process to get many specifics, the broad goals of the plan will be to:

If done correctly, the plan should give us a prioritized list of potential transit investments based on real data such as cost, ridership, and time savings. Ideally, that would help take politics and geographic biases out of the equation and help route funding to areas where it’s most needed.

Sheridan says that work will begin this year with a goal of finishing the plan by the end of 2011. We’ll be following this closely and will keep you up to date as it develops.