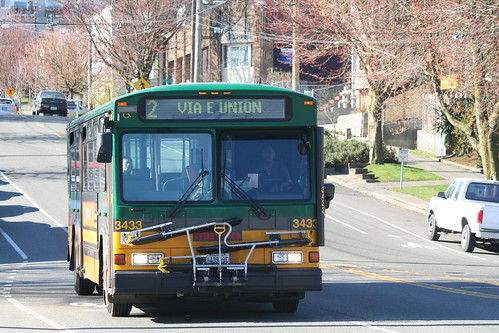 The Seattle Transit Blog reports that the #8 bus route will be going through some stop consolidation to improve its travel time and operating cost:

The 8 currently services 70 stops, but 18 of those will be removed which will increase the average stop spacing to about 1,080 feet from 940 feet.

“The projected travel time savings is one minute per direction,” said Linda Thielke, a spokeswoman for Metro. “The exact operating cost savings won’t be known until more detailed scheduling work is completed.”

We’ll be losing the following stops in the neighborhood (mapped at left):

You have until April 30th to leave your comments with Metro on their website.