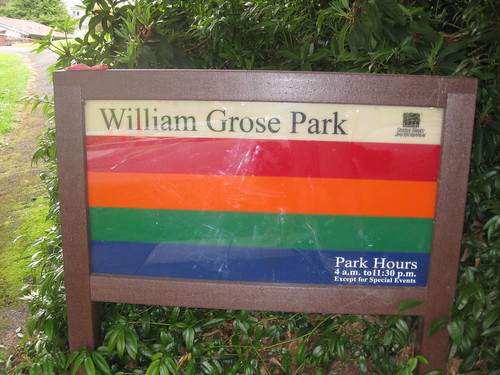 The city faces a budget shortfall of $60 million over the next two years, and supporters of the city’s parks system are raising alarms that the parks department could see the largest impacts.

In an note sent to a neighborhood email list, Adrienne Bailey, board member of the Associated Recreation Council, says that parks supporters are “in absolute crisis mode”, and asks for other residents to speak out ans support retaining park funding:

We are people who take great pride in our Parks, open space, Community Center and other facilities and make good use of all of them.  We really need everyone to stand together and raise our collective voices.  These are our Parks and Recreational facilities, we must tell the Mayor and City Council that the buck should not stop at Parks & Recreation, nor do we want the City to balance its budget on the back of Parks & Recreation.  These cuts cross all generations, races, socioeconomic backgrounds and families.  Most important of all we at putting positive activities for our youth as major risk.  We are still in a battle to rip our young people from the negative groups, activities and behaviors they have fallen in with.

But this morning our friends at Capitol Hill Seattle are reporting anonymous sources who say the decisions have already been made and the cuts are are the way:

While none of the major planned cuts have been confirmed by Parks or the city, CHS received confirmation from a City employee with knowledge of the situation who asked to remain anonymous about the severity – and certainty – of the cuts being planned.

“Overall, I’ve been told in meetings that everything, including pools, community centers and environmental centers in all parks and open spaces will receive dramatically less attention,” said the employee. “Parks facilities and [public] open spaces will be considered for cuts and reductions in service. This is unprecedented, to my knowledge.”

“It’s too early to know,” said Dewey Potter, Communications Manager for Seattle Parks and Recreation. “Parks and Recreation will certainly share in the reductions needed to make up for that [$50 million] shortfall. The City Budget Office [CBO] has not yet issued its 2011 budget instructions to departments. When we receive them around the end of April, they will be based on the latest revenue forecast and a target budget number for each department.”

The anonymous employee, however, said that the cuts are already a done deal and that Parks is already planning the reductions.

“To my knowledge there are no more votes on this, and the decisions are final,” said the employee.

Your next chance to speak directly to city leaders will be at a public hearing on the city budget on April 28th.

Update: The Parks Department is reacting strongly to CHS’s anonymous source who said that the decisions on cuts have already been made. Here’s the full response from Joelle Hammerstad in the Parks Department communications office:

Please stop reporting that Parks budget cuts are a “done deal.” I can tell you unequivocally that they are not. The Superintendent has said repeatedly that “everything is on the table.” In fact, I just spoke with him this morning, and he reiterated it again.

While I hesitate to conjecture about what meetings the anonymous employee is referring to, it is possible that he/she is talking about potential budget scenarios that the department is considering. This is a normal part of the budget cutting process. We have not yet received directions from the City Budget Office (CBO) regarding our target reductions; however, we anticipate that we will have to make mid-year reductions, as well as 2011 reductions.

To wait until after we receive direction from CBO to begin considering where we will make those reductions would be nothing short of careless. It is our responsibility to the taxpayers to begin having conversations internally about where we can fill the budget gap. Pool and community center closures are being considered, but so is everything else.