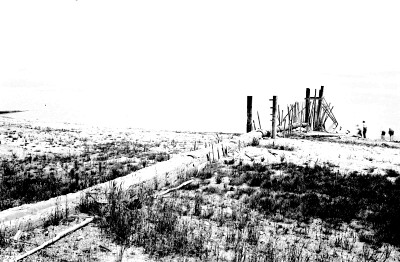 The city’s sewer system was much simpler one hundred years ago. It basically left your house, ran downhill in a pipe, and then across the Lake Washington shoreline and into the lake. Whether it left a toilet or rainfall into a roadside drain, it all traveled through the same pipes and ended up in the same place.

The most basic of treatment didn’t arrive until the 1920s, and the bulk of the problem wasn’t cleaned up until King County Metro was approved in the late 1950s, by which time Lake Washington had turned into a polluted, algae infested mess. Those improvements intercepted the many outfalls along the lake and Puget Sound, and pumped them into new pipes that carried the waste to new secondary treatment facilities in Renton and at Fort Lawton.

But the fixes weren’t without their own problems. Many street drains still run into the sanitary sewer system. But the pipelines and pumping stations have fixed capacities, and can become overwhelmed during heavy rains. And machinery in pumping stations or pipline valves can break down too. Any time those things occur, the backup plan is to reactivate the old lines into the lake, resulting in millions of gallons of untreated sewage being dumped into Lake Washington each year.

But now the city is developing a plan to fix the remaining problems and drastically reduce the overflows. Seattle Public Utilities is finalizing the 2010 Combined Sewer Overflow Reduction Plan that will plan a fix for a major overflow basin in Leschi. But it’s a long-term project. According to SPU spokesperson Andy Ryan, the terrain in Leschi combined with the density of the neighborhood will push the project completion date out to 2018.

Leschi isn’t the only overflow site along our section of the lake. A similar outfall exists near Madrona Beach, just north of the the turn-around for the #2 bus.  The city estimates that resolving all CSO issues would cost upwards of $600 million, and will have to be funded through some mix of sewer rate increases and federal funding. The next step is the development of a Long-term Control Plan that will identify all of the problem areas and prioritize them based on volume and frequency of their discharges.

In the meantime, you might want to think twice before going for a swim in the lake after a major rainstorm.