Ever since the financial sector suffered a meltdown, we’ve had a lot of big building projects in the neighborhood get all the way through the permitting process and then languish without financing. But according to the developer of the proposed new apartment building at Broadway & Jefferson, that project has a firm funding commitment if it can get city approval by the fall of this year.

The funding was secured several years ago before the economy tanked, with a long lead-time that was driven by the need to remedy the many years of automotive pollution that had seeped into ground under the site. The contaminated soil was removed two years ago, and the remaining levels within the groundwater are now within an acceptable range.

Interestingly, the developer has cited the forthcoming First Hill Streetcar as a major motivation for the project, highlighting the potential for fixed transit to spur new economic development in neighborhoods.

The 6-story building would add 100 units of market-rate apartments within easy walking distance of the many medical jobs on First Hill, with below-ground parking for 83 vehicles. The apartments would be a roughly even mix of studios, 1, and 2-bedroom units. It would also add 5-8 new retail spaces on Broadway and Jefferson. 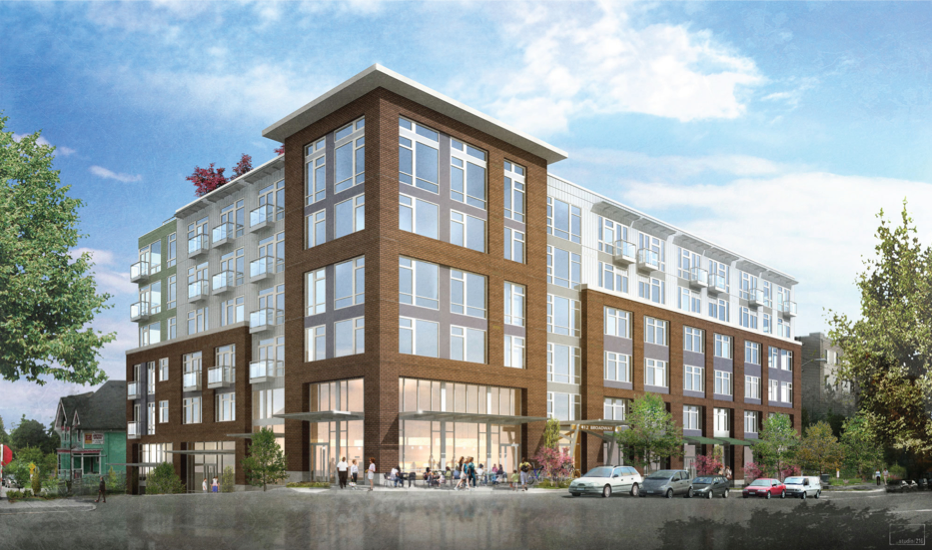 The big hurdle for the project is a requested re-zone that requires a long process and city council approval. Although the project fits within the rough bounds of the NC3-65 zoning on the north end and MR zoning on the south end of the property, the developers are asking for five more feet of height to enable them to build the retail spaces on the sloping property without having to step down or up into shops. Here’s the specifics of what they’re asking for:

Here’s photos of the project from its design review late last year: 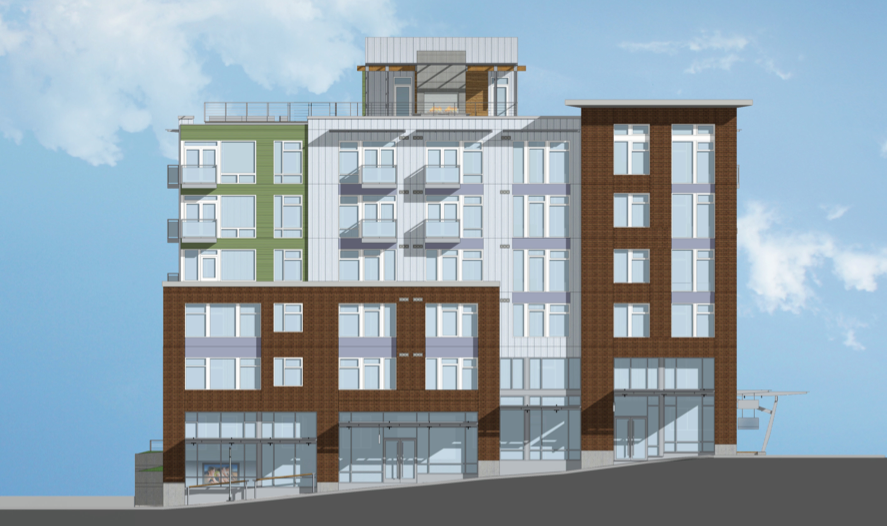 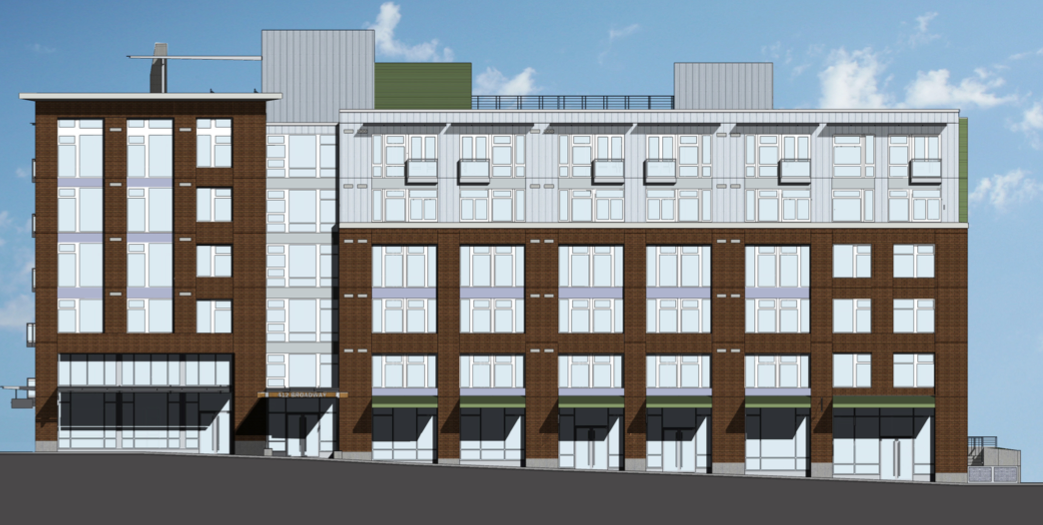