The court and office facilities at the King County Youth Service Center (aka juvie hall) are too small, too old, and too expensive to maintain. And as we told you last fall, the county is moving forward with big plans to rebuild them.

This weekend county officials and consultants gave the Squire Park Community Council a preview of what’s to come, presenting three options that they’re working on, each with different layouts and arrangement of buildings and open space. The county will refine the options over the next couple of months and choose one option to move forward with, subject to county council approval and a public vote in November to fund the multi-million dollar project.

Each of the three options have the same rough scope and size:

Option A does the most to reconnect the street grid to the rest of the neighborhood: 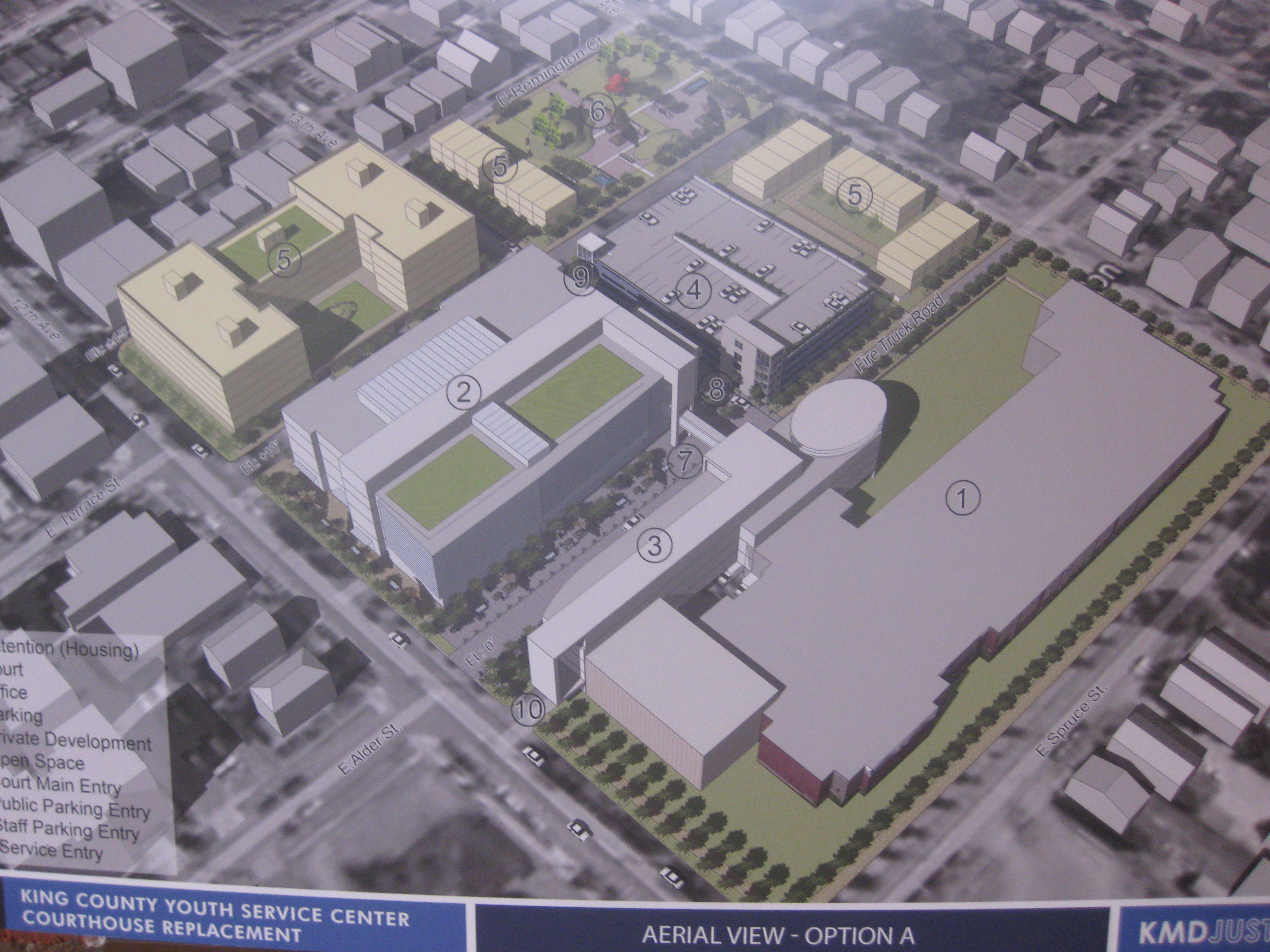 Option B moves the open space to the center of the property along the 13th Avenue corridor: 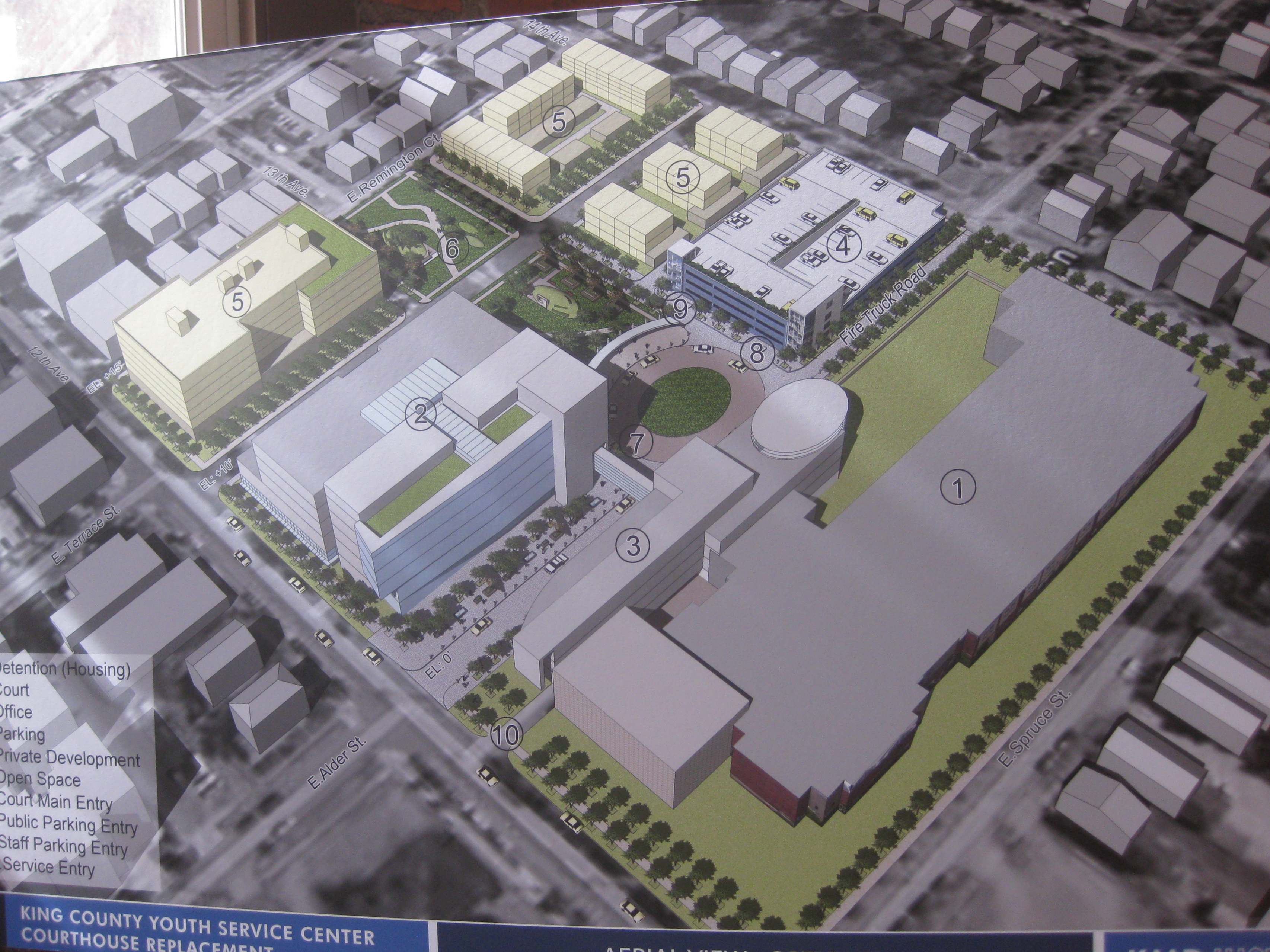 Option C does the least to reconnect the street grid, connecting the new court building directly to the detention facility: 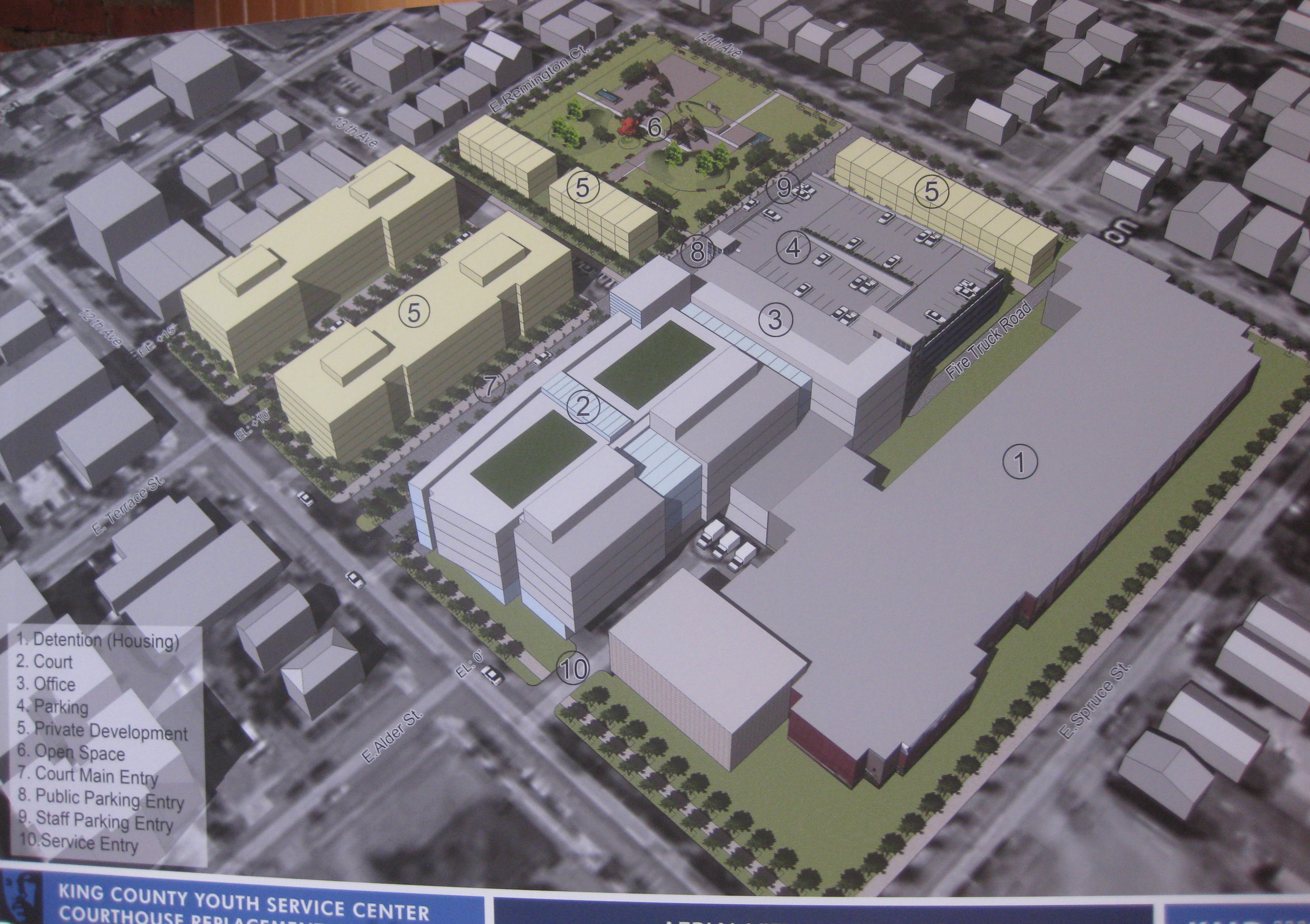 The strongest community reaction was to the location of the open space, with most people feeling that it was more accessible to the community at the existing corner location vs. being placed in the middle of the rest of the development. And one community member questioned the amount of private development, which has been a long-time request from some neighborhood leaders who would like to see a more active community there vs. the large parking lot that currently exists on the property.

There are also continuing community concerns about the large number of new parking spaces that will be added to the property. County officials made clear that underground parking is too expensive, to the above ground garage will stay in each option.

County officials committed to holding more detailed public meetings to collect community input in the next several months. We’ll let you know when those are scheduled.

Here’s some additional renderings that shows how things will look at eye level: 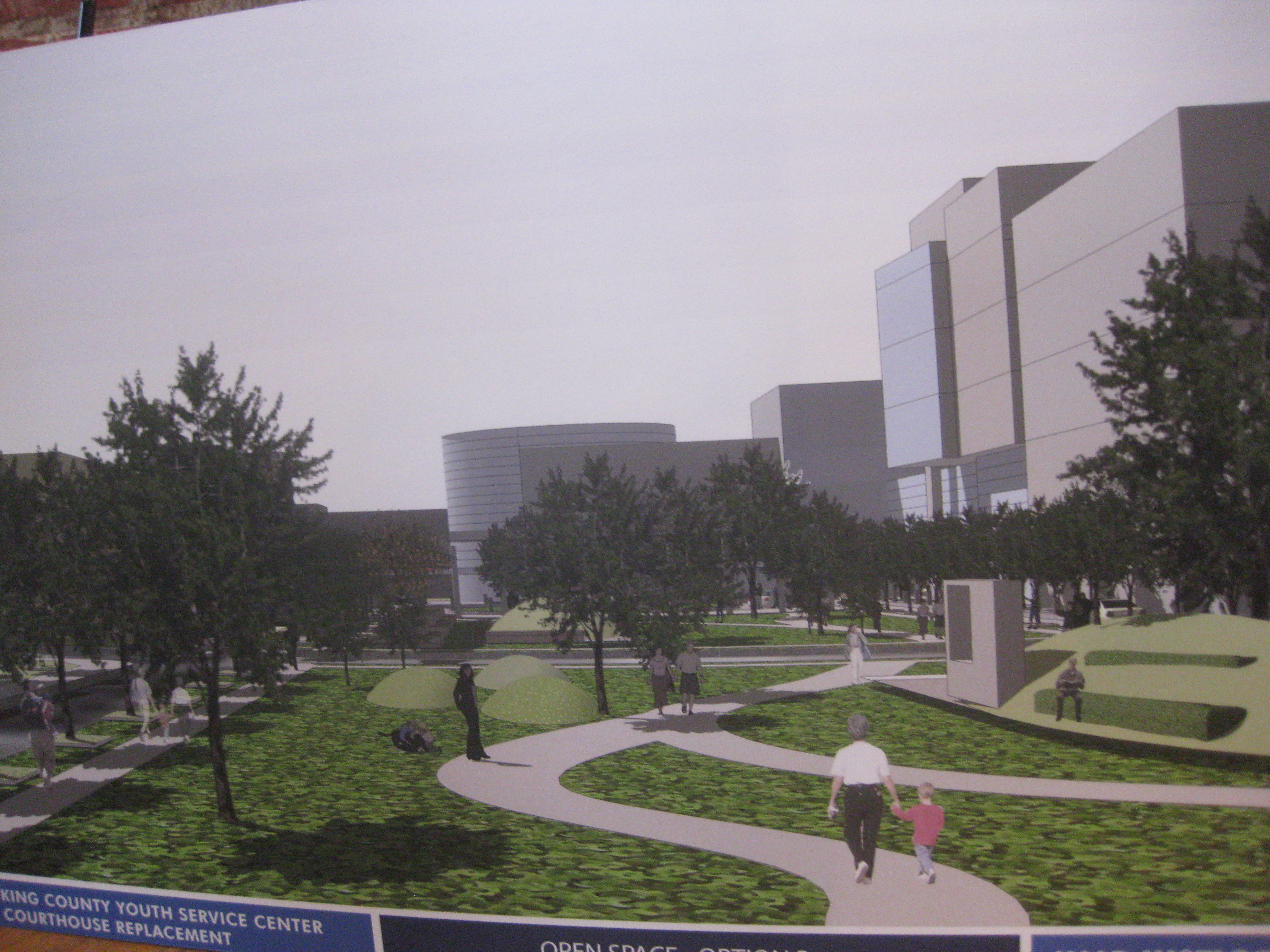 View of the open space along 13th in Option B, looking south from Remington