Springtime is bringing an uptick in construction activity around the neighborhood, even in blustery rainy days like today.

Getting Started: The old buildings have been cleared off of the back side of the SCCC Woodworking School property at 24th & King, and construction crews are starting to turn over dirt in preparation to construct the new set of buildings there. And be careful! Signs say that there’s a $1,500 fine for damaging any trees around the campus. 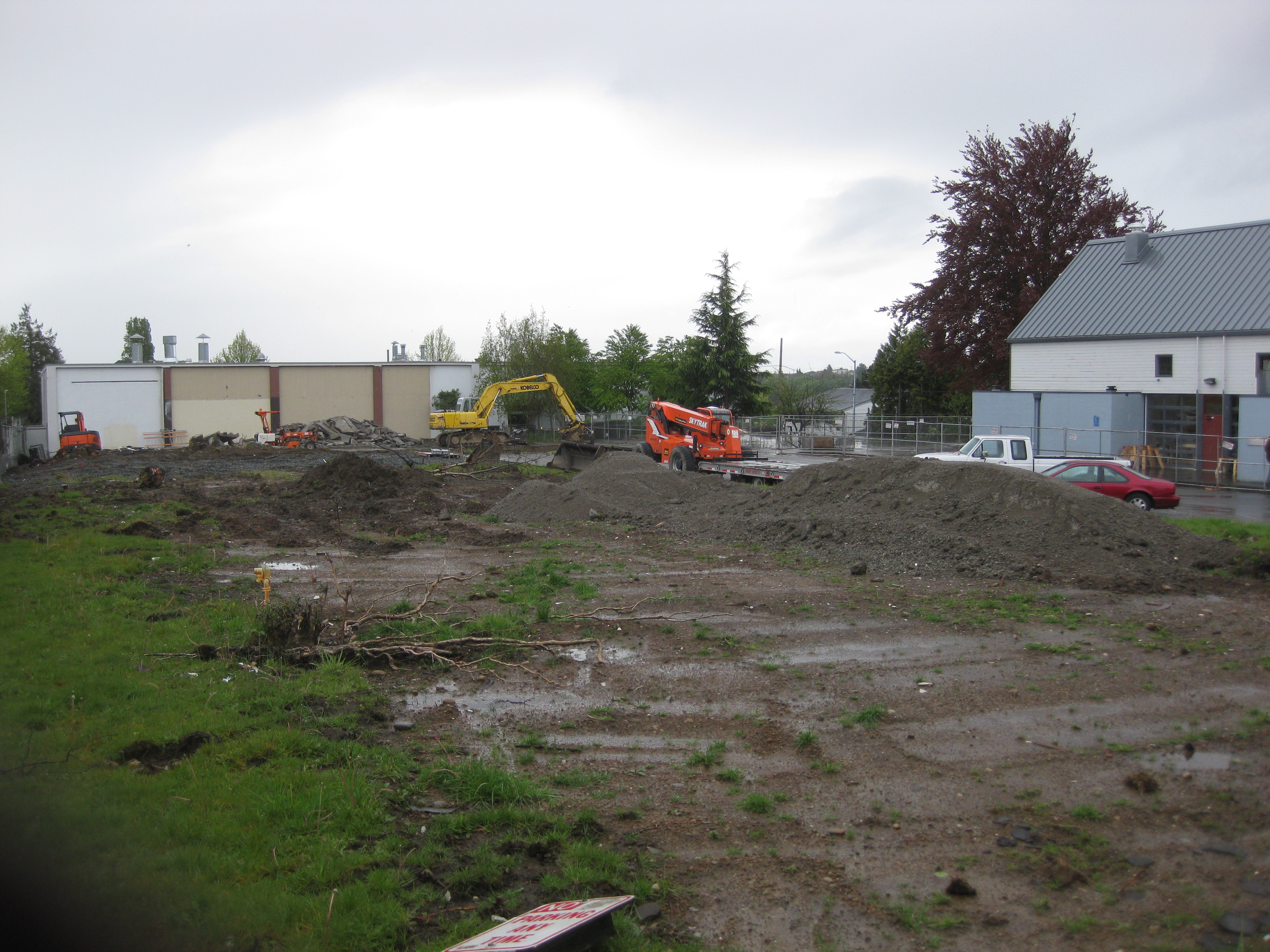 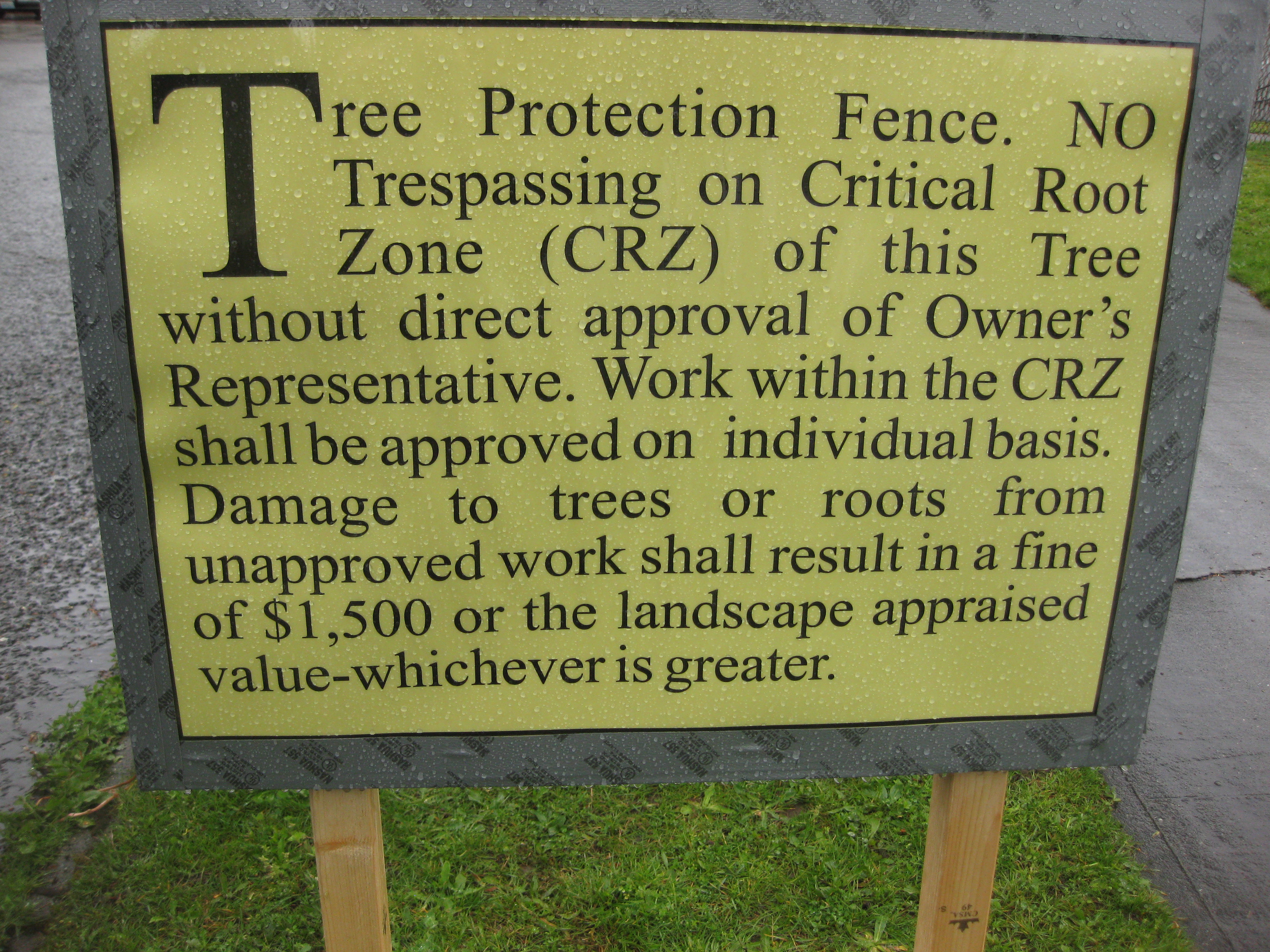 First Floor Going Up: The Catholic Community Services housing project is going up quickly at 23rd & Main. The foundation is laid, and various pieces of the concrete first floor are already up. A worker on site told us that the first floor should be complete by early summer, and then 2 and 3 stories of wood-frame apartments will go on top of that. 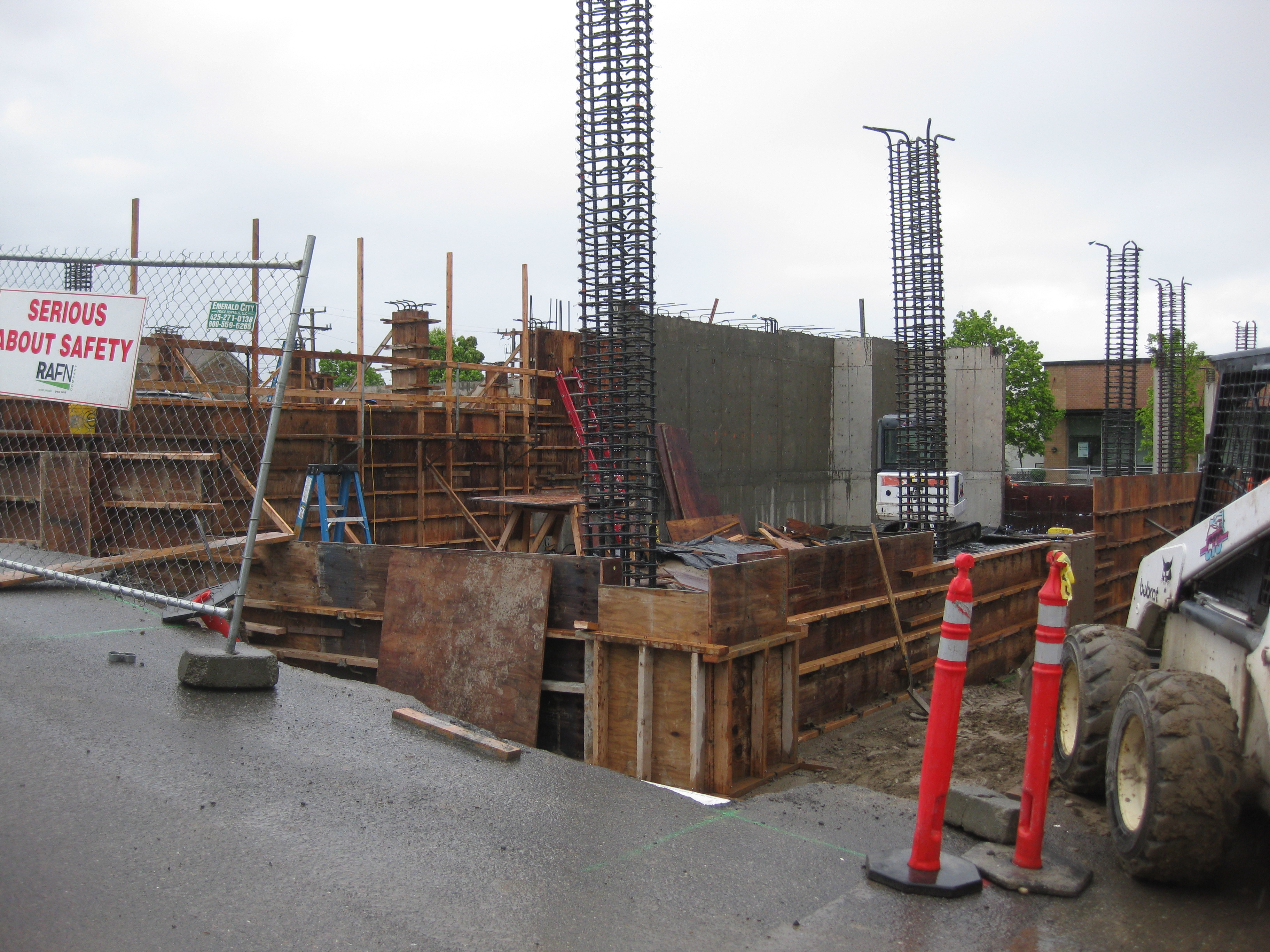 Almost Finished: The expansion of Epiphany School is nearing completion on the outside. Crews were out today working on various landscaping features around the new bulidling, and it appeared that painting was underway inside. The school is on track to open to students for the 2010/2011 school year. Hard to believe that this time last year there was four single-family houses on that block. 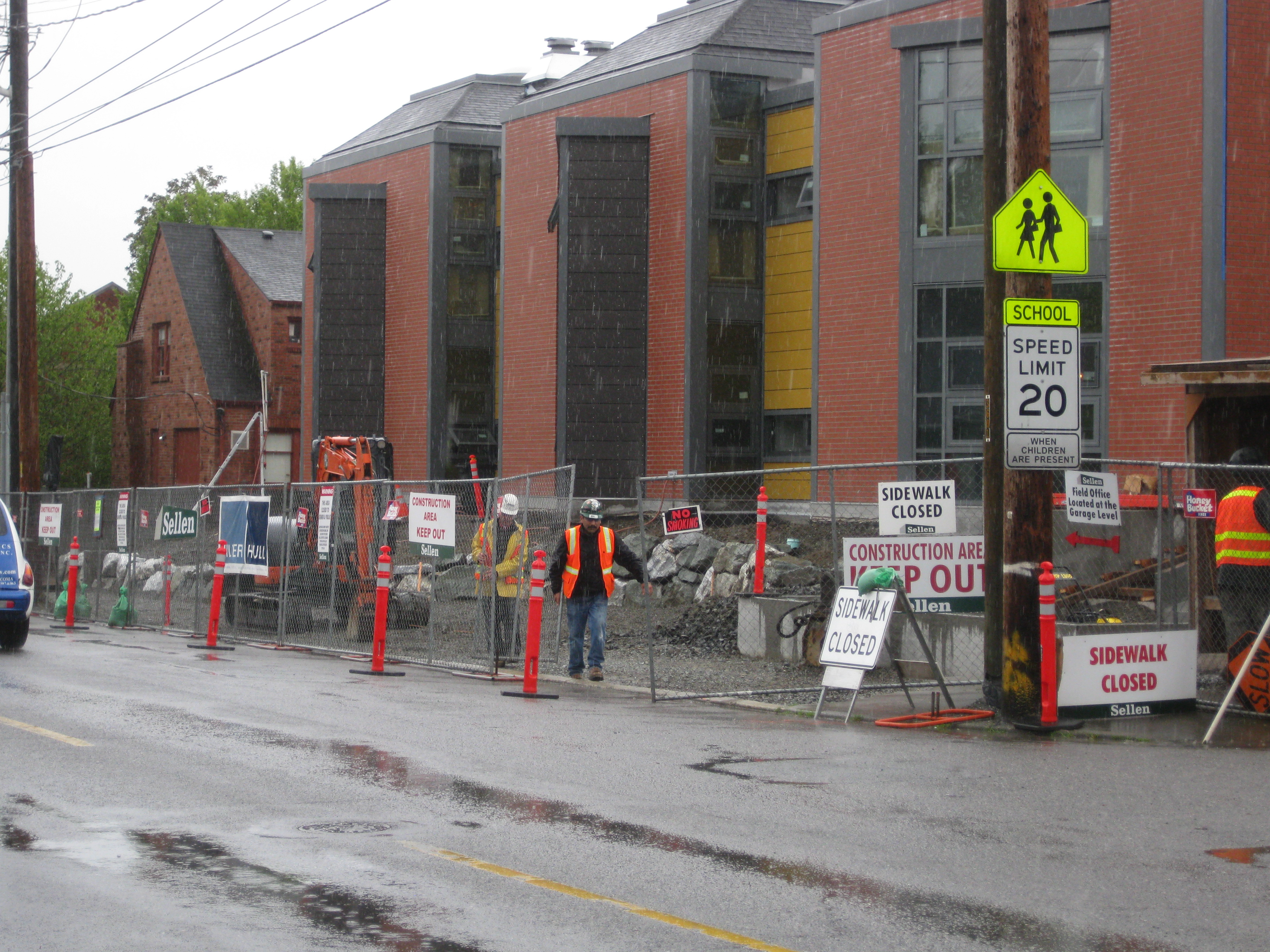