It’s now 2010. In just ten or eleven years the south end of the neighborhood will have a shiny new light rail station that will give them a less than five minute ride to downtown and back (or a longer ride over to the east side if you’re into that kind of thing).

Sound Transit is continuing with the preliminary design of the station that will sit in the I-90 right-of-way between 23rd Avenue and Rainier Avenue, right at the entrance to the Mt. Baker Tunnel. The latest drawing shows a center-platform station with overhead protection from the rain.

Due to space restrictions, the station will be sited closest to 23rd, with elevators, escalators, and stairs to get down to the level of the station. On the west side, it will connect with Rainier via a 600 foot long ramp to get down to street level, providing access to the #7 bus route. Sound Transit is actively exploring ways to brighten up the area below the underpass there to make it more inviting for pedestrians. 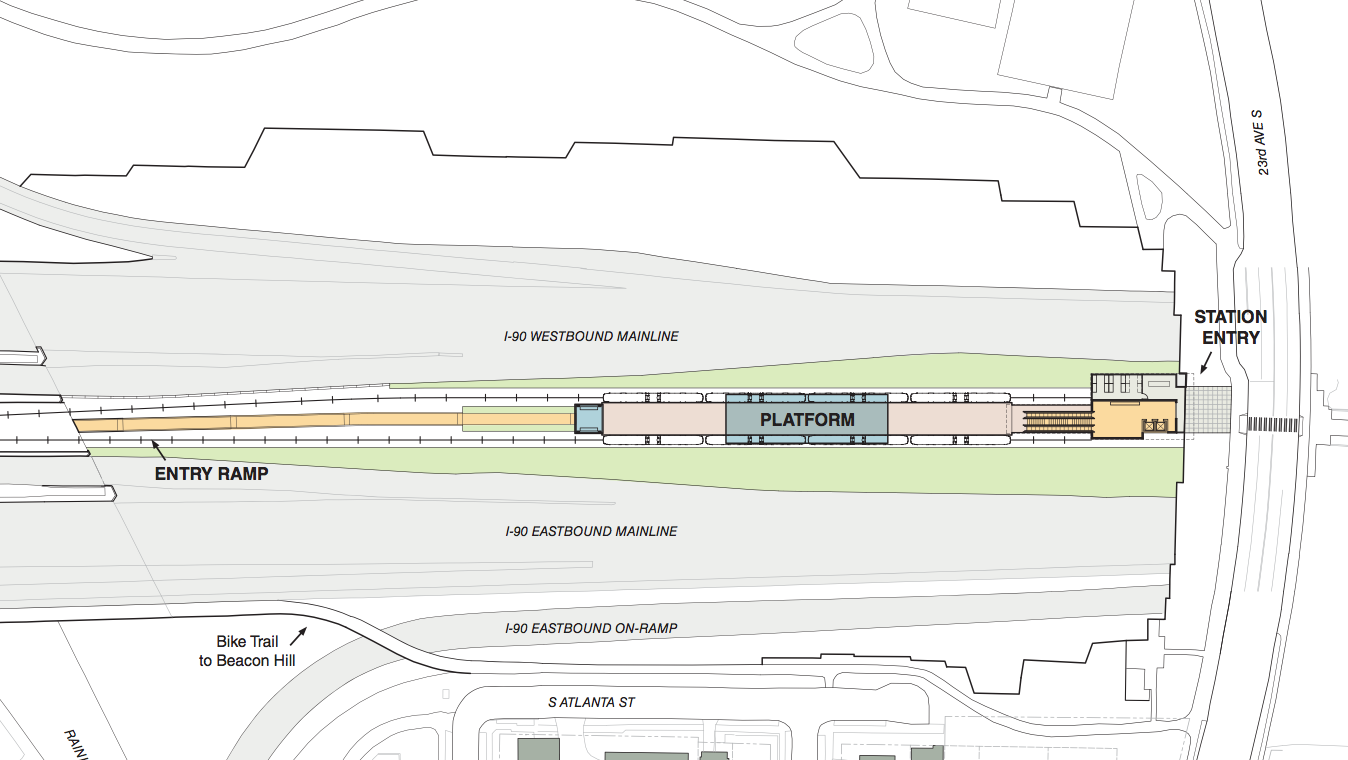 Space is being made on both ends of the station for bicycle storage, as the station intersects with the popular bike route to and from the east side.

Among the issues that Sound Transit is still wrestling with is how to protect riders from the noise and chaos of the freeway. The platform sits right in the middle of ten lanes of traffic, so they’re looking for ways to use landscaping and/or physical barriers to help deflect some of the traffic noise.

Final design is scheduled to begin next year. Although construction on the overall East Link project will begin in 2013, construction on the I-90 portion may not begin until much later in the decade due to goals to keep the I-90 center carpool lanes open as long as possible. The state Department of Transportation also won’t allow Sound Transit to operate on the bridge until the complete connection to Bellevue is made, eliminating any chance to get early service to and from downtown and Mercer Island.

Sound Transit is actively seeking community comment to help drive their designs. You can email your ideas or concerns to [email protected].