In a conversation with CDNews, Reverend Jeffrey, pastor at New Hope Baptist Church, re-iterated his invitation for neighbors and other community members to get directly involved with his project to provide transitional housing for felons in a home in the 100 block of 22nd. But while he invited cooperation, he also made it clear that he intends to go forward with it even if some neighbors continue to object.

Jeffrey talks passionately about the need for the house. State budget cuts are increasing the number of people who will be released from prison this year, at a time when existing halfway houses and other transition facilities are already short of beds. Without a place to stay, some will be kept behind bars past their early release date. Others could be released anyway, left to fend for themselves in situations where they lack a support structure.

The program got its start from Jeffrey’s talks with Revered Jimmie James, who runs Interactive Transition, an established transitional residential facility at 16th and Spring. He has many files of prisoners who have been qualified for transitional housing, but all of his beds are full and he doesn’t have any place to put them. According to James, these facilities are in the best interest of the community, saying “it’s better for someone to have a place to stay than to be on the street. These programs increase community safety.  When you have a centralized community, when you know where people are, those people are far less likely to commit a crime.”

Reverend Jeffrey cites the participation of James’ IT House as a big plus for the project, as they will be directly involved in helping to select participants and provide the knowledge and a management structure to implement it.

But further questions continue to be raised about the project. We also spoke with Jim Tharpe, who runs a similar facility in Leschi that houses about six men at any one time. He said that there’s a lot of challenges to running these types of programs, such as managing a slow rate of churn among residents and making sure you have strong management and leadership within the house. And he says that recent decisions in the state legislature are not helping, as a proposal to change the landlord/tenant laws did not make it through to become law this year. That means that it could be very difficult for the proposed project to be managed, as misbehaving participants couldn’t be kicked out without going through the standard eviction process. “In the landlord tenant act, it says you can not go on the property if the tenants say they don’t want you there. If they choose not to be mentored or monitored, there’s nothing you can do.”

And while the overall effect on the community may be positive, it’s hard for neighbors right next to the project to see a benefit for them personally. Worries expressed at the meeting last week ranged from safety to the impact on property values. We asked Reverend Jeffrey if he would have similar concerns if someone set up a similar facility next to his home. He said he’s thought about that a lot, and decided that he would “go ask what can I do to make this better. How can I work with you to make this work?” And he said that anyone is welcome to come be a part of the project and join in the steering committee that will select which felons are invited to stay at the residence.

Jeffrey also made it clear that he was upset at the tone expressed at the previous meeting and in negative comments left on our news story about it. “We have to stop yelling a each other. The only reason there’s fear is because people don’t know what’s really going on in their neighborhood. People need to know what the facts are. But we’re not going to be intimidated by anyone. We’re going to serve our mission.”

The next meeting on the topic is this coming Monday at 7pm. As was agreed in the last meeting, Reverend Jeffrey gave us the documents that outline the management structure of the house, and those are linked above in this story.

We’re also told that Department of Corrections staff will be on hand at tonight’s East Precinct Crime Prevention Coalition to provide more information on this topic. 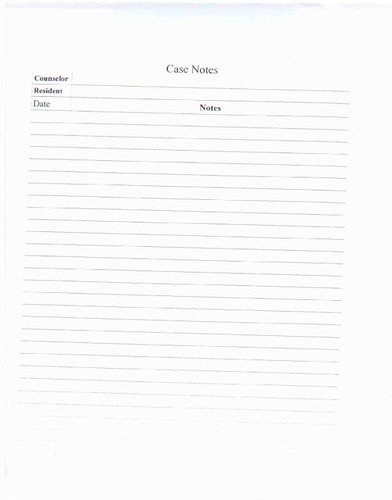