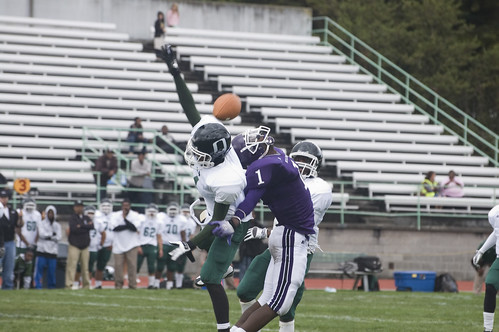 Garfield’s football team (1-0) will play their second game today again Inglemoor (0-1) today at 5pm at Memorial Stadium. Our new friends at The SunBreak have a great writeup about how the “#1 basketball player in the country” has joined the football team and was a key part of Garfield’s win last week.

The Seattle Times will be twittering game updates @seatimespreps.

We’ll be watching the scores and will update it as the game unfolds.

Update: The Seattle Times has the game summary. Garfield’s star Tony Wroten suffered a bruised knee in last week’s game, but they’re hoping for him to be back in action for next week.