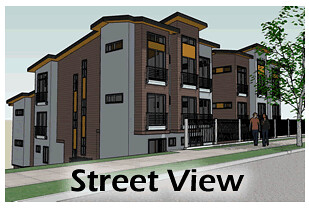 The big day for little Videré was supposed to be August 1st but large media says the opening has been delayed until this weekend. The biggest unit in the apartment complex at 23rd and E. John is less than 200 square feet. Rents run from between $425 and $675. It’s a student and young worker’s dream apartment as long as you don’t mind six parking spaces for more than 40 units.

Neighbors weren’t so sure about the plan when they first heard about it. Now that people will actually be living in it, it will be interesting to see the impact this type of housing has on the area. Expect Crush won’t have a lot more reservations, but the Bottleneck Lounge and the newly opened Cafe Char might enjoy the new foot traffic. And a few more people on the bus won’t be a bad thing. Keep us posted on the parking. Here’s hoping the new tennants have someplace to keep a bike. 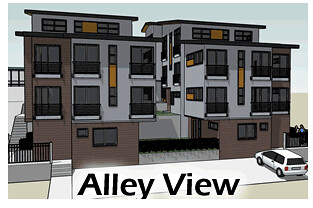