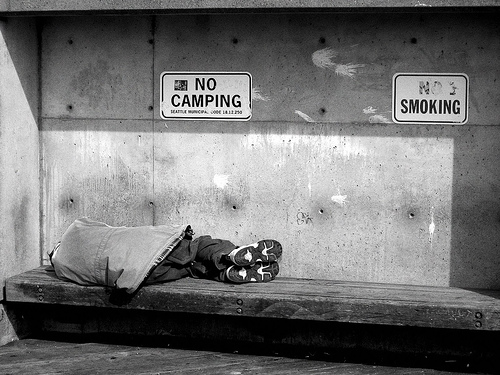 The inevitable products of the state’s budget cuts and a reluctance to raise taxes are service and program cuts. Here in Seattle, the Emergency Service Patrol (ESP) is one of the many services that we take for granted, and one that could be on the chopping block.

The ESP (a.k.a. the “Sobering Van”) is a 24/7 service that drives around Seattle assisting, triaging, and transporting endangered citizens under the influence of drugs or alcohol. While it primarily works downtown, it reaches here in Central District, as you’ll sometimes see it mentioned in our scanner reports. According to Sherry Hamilton, the Communications Manager for King County Department of Community and Human Services, the ESP responds to 911 dispatchers and businesses needing assistance with intoxicated individuals. Once the van arrives, Hamilton said the specially trained drivers assess the situation, and either provide on-site help (like cool water in last week’s heat), take individuals in need of medical attention to Harborview, to the Detox center for serious substance abuse help, or to the Sobering Center on Boren Ave. if they just need to clean up for the night.

But people that benefit the most from this service are not the latter. Hamilton said the individuals are the chronically homeless, chronically intoxicated that need help, but often refuse. Drivers of the ESP visit some people so often that they have gotten to know many they assist by name and condition, said Hamilton.

The 1811 Eastlake project from the Downtown Emergency Service Center has eased the load off of the ESP by taking 75 chronically homeless persons off the streets, but the 2008 Emergency Services performance review still reported 15,381 transports and triages by the ESP in 2008, and 2,499 unique visitors to the Sobering Center with 26,145 total admissions.

With those stats, it is no surprise that the Sobering center has reached its capacity. There have been statewide budget cuts on substance and mental health services said Hamilton, but she couldn’t say what that could mean for the ESP or the sobering center. “We’re still working on a plan for how we will absorb those budget cuts,” Hamilton said.