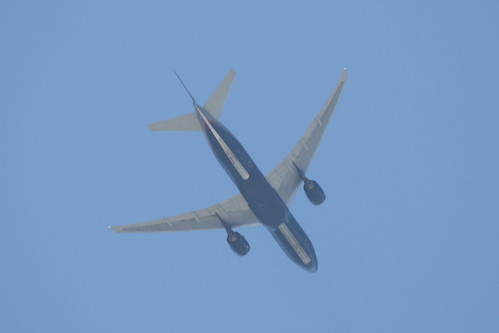 I imagine that a lot of Central District neighbors took advantage of our warm summer weather with backyard dining and entertaining. And I bet that they also had more than one conversation interrupted by jet noise during those events.

As we talked about last year, our neighborhood lies due north of the SeaTac runways, with planes lining up for descent roughly along 12th and 20th Avenues.

But according to a Seattle Times article this week, that could be changing sometime in the next 15 years when a new GPS-enabled automated air-traffic control system takes over. The added precision of the system would allow some jets to take a new path over Elliot Bay instead of lining up further north on the course that brings them over Seattle neighborhoods. Additionally, the system would allow planes to glide all the way in, reducing engine noise during descent.

Here’s a video that helps explain the plan:

Of course timelines are the tricky part for a big project like this. 80% of the SeaTac fleet would be capable of using the system by 2013, but problems integrating the automated system with existing one could push things further out. The entire NextGen air-traffic control system is supposed to be in place by 2025.

In the meantime, capitolhillflightnoise.blogspot.com has some helpful links and numbers where you can report problems with jet noise.