JoshMahar over at Capitol Hill Seattle has a real score, getting hold of the first architectural rendering of Seattle University’s plan for the old storage building on their property on the southwest corner of 12th & Madison. The university has owned the building since 1985 and have alluded in recent months that its days of dedication to storage were numbered.

Here’s what the university has planned: 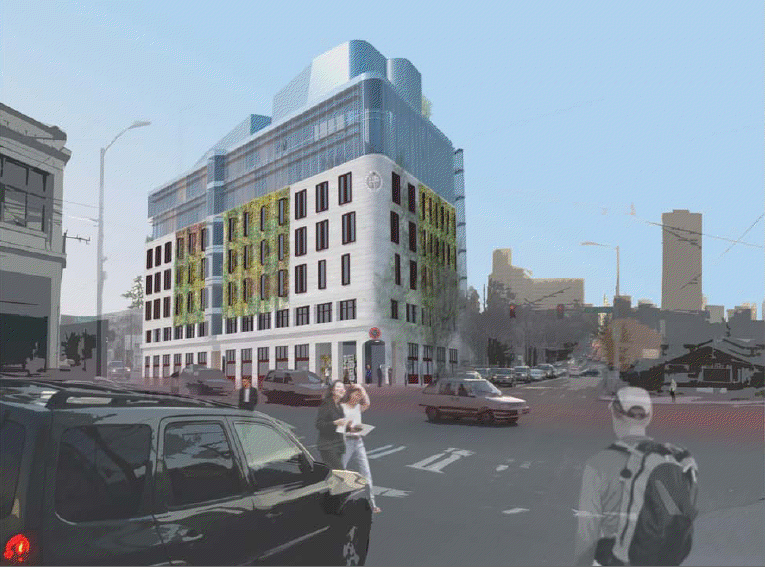 According to CHS contributor JoshMahar:

I followed up with Mr. Kerns via email about this project he informed me that the University had conducted a preliminary study of the site in 2007 to address “needs for academic space and housing”. According to Kerns:

The study suggested that the university add three floors to the existing 5 story structure:

In addition, Kerns said that the project was aimed at improving the streetscape and the University’s interaction with the community. Kerns wrote that, “this will be the most important future SU project in terms of neighborhood redevelopment. This will be a signature facility for the university” (emphasis added).

Seattle U is targeting the project for completion sometime in 2013-2014.

We were just talking yesterday about how the 12th street corridor was exploding with dining options. This project will add a lot more retail options and place them even closer to us here in the Central District.