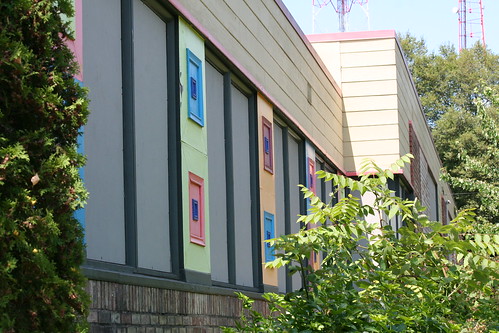 Reader J.P. sent us a tip this morning about some activity under way at TT Minor Elementary, where a crew of carpenters are hard at work putting plywood boards up over the windows of the building. It was one of two schools in the Central District that the school board decided to close, to the dismay of many local parents and community leaders.

The Mann building at 24th & Cherry, former home to the NOVA program, was also boarded up several weeks ago.

Seattle School’s spokesman David Tucker told us that the boarding up is all about keeping the empty buildings secure, in addition to patrols by school security and ongoing attention from janitorial staff.

The district’s strategy for the schools is to keep them in reserve in case population growth ever warrants their reactivation. In the meantime, the properties are available for lease to community organizations or other non-profits. And Tucker says that finding tenants for the buildings is the best way to insure that they don’t become a blight on neighboring properties, saying that the district is “very interested in the buildings being utilized by community organizations and the community themselves. We have a number of buildings that are being leased and anyone who is interested can contact the district leasing office to do that.”

But a boarded up building obviously raises the bar for the kind of leases that would be worthwhile, as short-term or intermittent uses would be unlikely to be worth the time of taking the boards back down. As for the specifics of that cost, the spokesman said that the cost of boarding up the windows is rolled into the overall budget for school closures and wasn’t immediately available as a specific line-item. He also couldn’t say if potential leasees would have to bear the cost of taking the boards back down again.

Another open issue is the commitment reportedly made from the school board president to TT Minor parents to re-open the school if they could secure at least 300 students to attend. The list of those students was last reported to be within a hundred names of the goal. However, it’s not currently clear how the boarding up process might affect that promise if the end goal is reached.

In the meantime, any neighbors with safety or nuisance concerns about the empty buildings should call the school safety office at 206-252-0707. 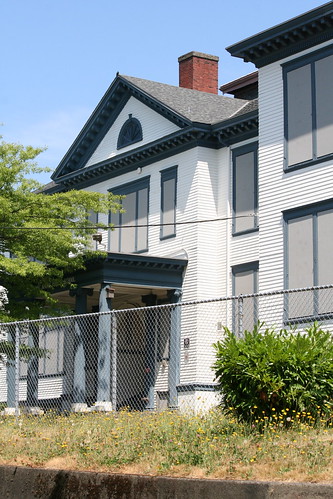 0 thoughts on “TT Minor Boarded Up – Why, What’s Next”