Here’s a few odds & ends from the wide world of neighborhood transportation:

Streetcar: CHS reports that the 12th Ave streetcar plan is picking up steam, with city councilmembers getting involved, SDOT including the Broadway/12th loop as an alignment possibility, and a new Facebook Group with a lot of members.

Street Art: Got some art skillz? Time is running out to get your application in for the signal box art decal program. Submissions due July 24th.

Chicanes: Back in March we mentioned the city’s plan to install four traffic “chokers” on 18th between Cherry & Union. Construction has started on them in the last couple of weeks, with two completed in the 700 block (in front of the old fire station) and 900 block. The one in the 1100 block is almost complete, with new concrete in place, leaving only the one in the 800 block in front of Immaculate Conception left to be done. 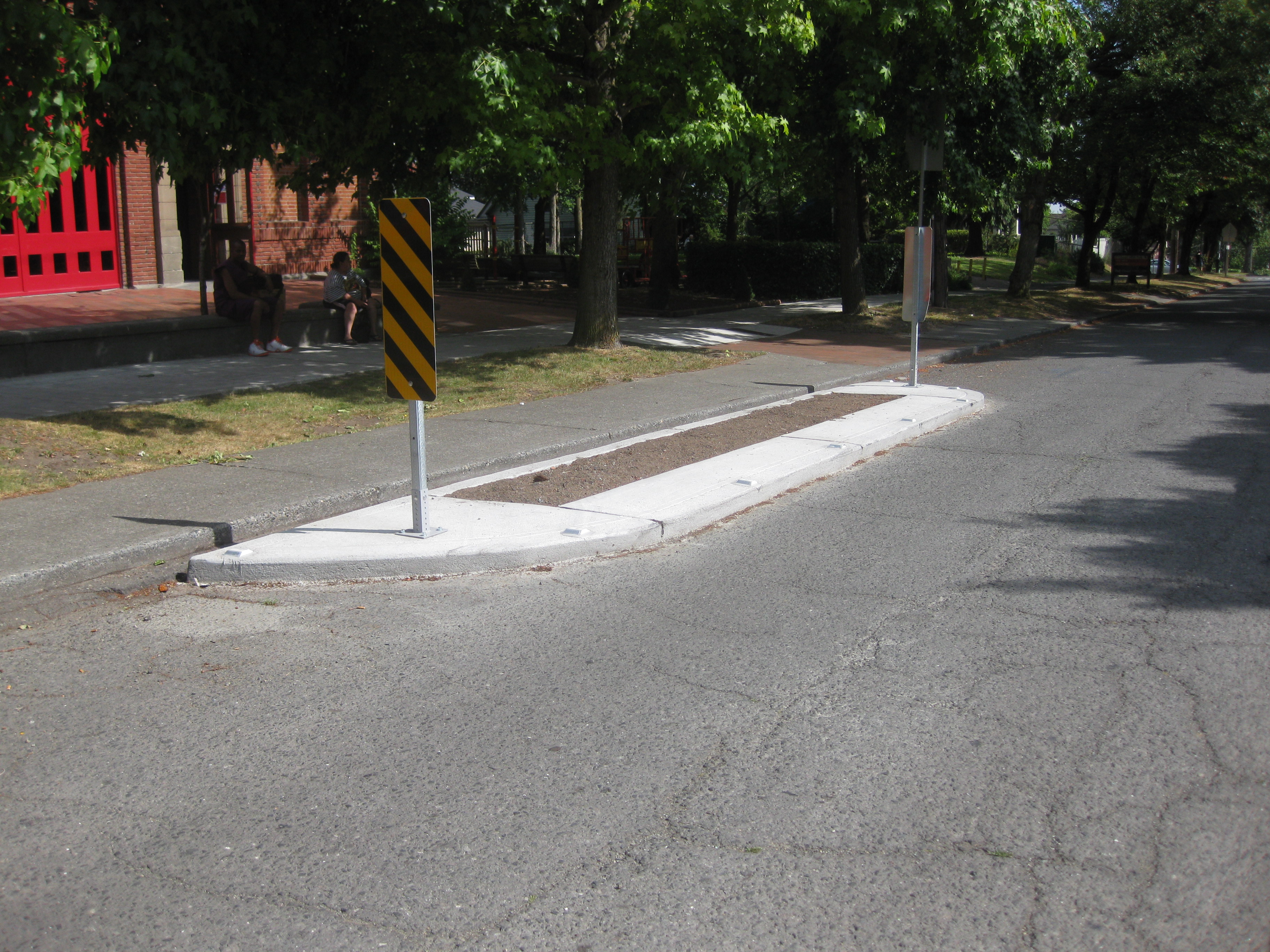 New Chicane in 700 block of 18th, in front of the CAMP firehouse 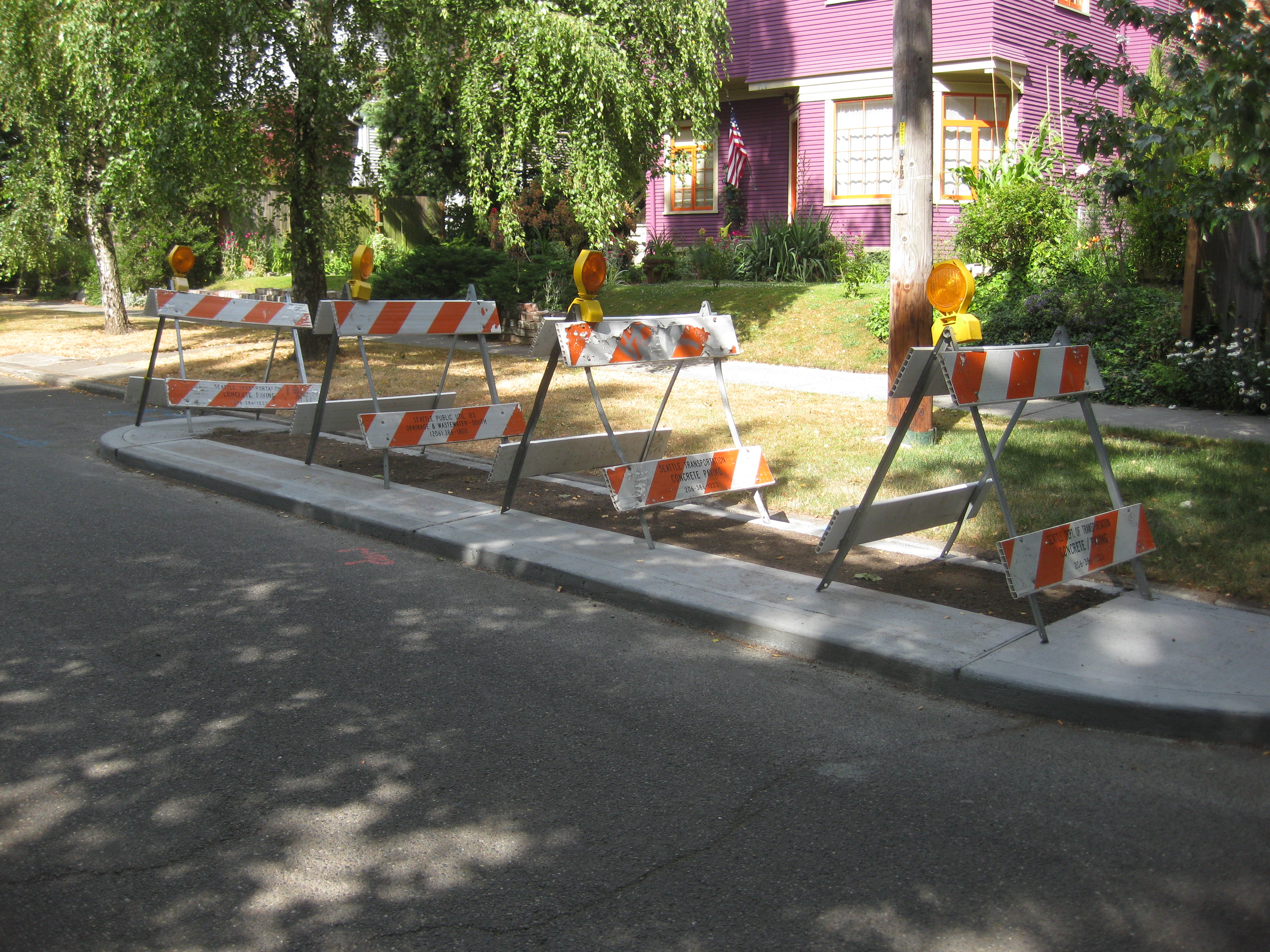 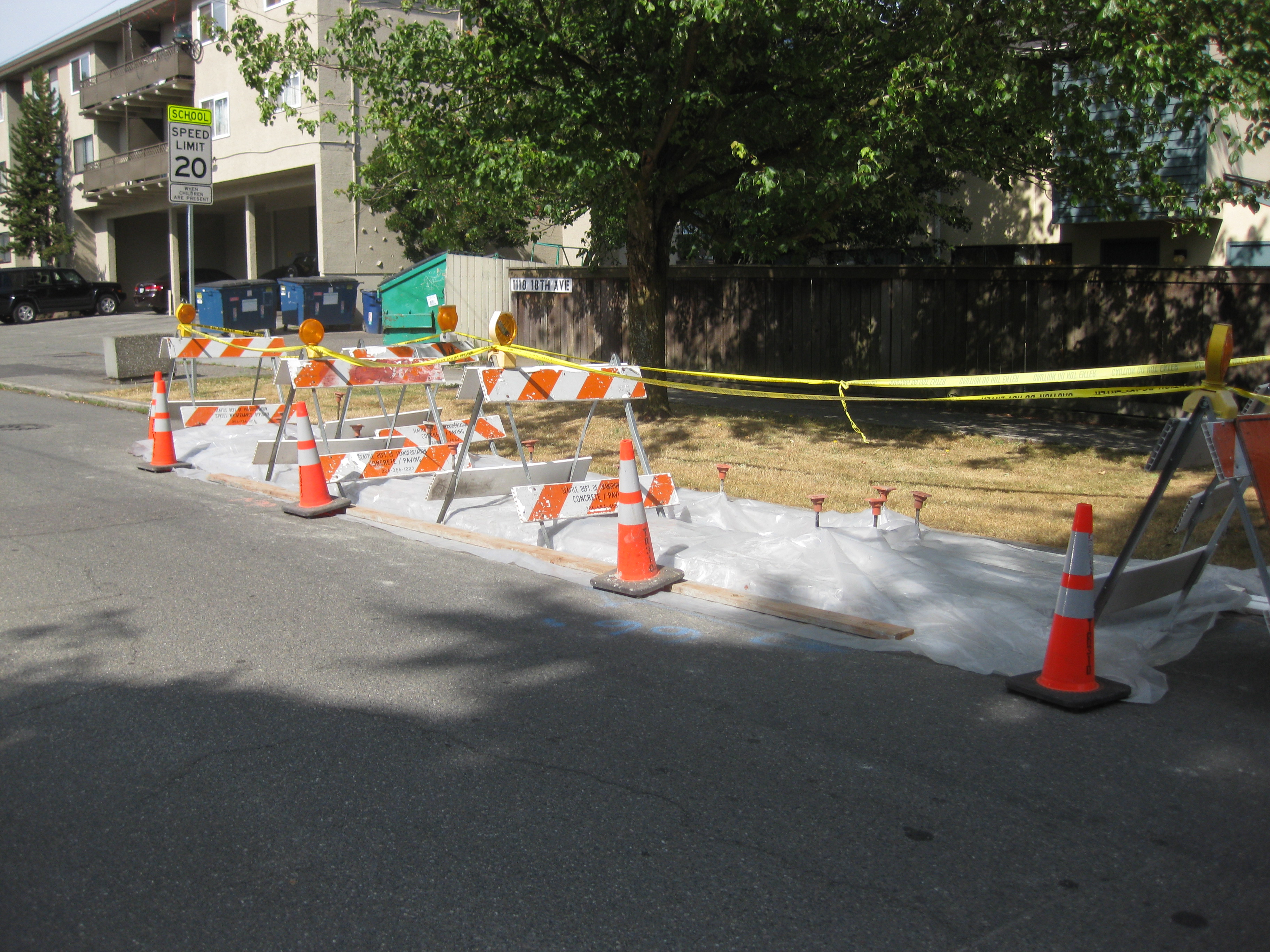 Freshly poured chicane in the 1100 block of 18th, near Union