CD News reported earlier that the Department of Planning and Development is holding an Early Design Guidance meeting for a proposed new building at the Southeast corner of Broadway and Jefferson.  The developer’s proposal for the EDG meeting is now available on the DPD Web site: http://www.seattle.gov/dpd/AppDocs/GroupMeetings/DRProposal3010211AgendaID2759.pdf

The requested rezone is to request greater height than allowed by the current zoning on part of the site.  The zoning is now split between a Neighborhood Commerical zone which allows 65 foot height, and the Midrise zone which allows 60 foot height.  The contract rezone request is for up to 74 foot height for the proposed building.

The most important reason for the rezone request stated by the developer, Lorig Associates, is to allow the greater floor height appropriate for retail use on the Broadway and Jefferson street levels.  The design scheme proposed by the developer notably includes street level retail spaces not only on Broadway but also for the the length of 65 feet on Jefferson (about 65% of the Jefferson Street total).  Rather than devoting the Jefferson street level to the parking garage entrance, parking would be accessed from the alley that runs along the west side of the building. (The impressive excavation will accommodate a parking garage, but was necessary in order to remove contaminated soil.)

At the rear (west side), the building would provide a greater setback at the ground level, but the developer is asking for permission to have less setback at upper levels than the Land Use Code would require. This could impact the current and future buildings west of the alley.

The Early Design Guidance meeting, (July 15 at 6:30 P.M. at the Capitol Hill Library) is an important opportunity to learn more about the building and rezone proposal and to let the developer and DPD know what neighborhood folks think is important for this site. 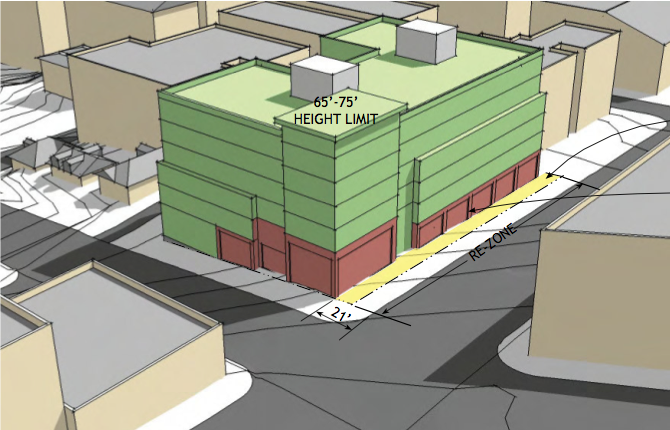 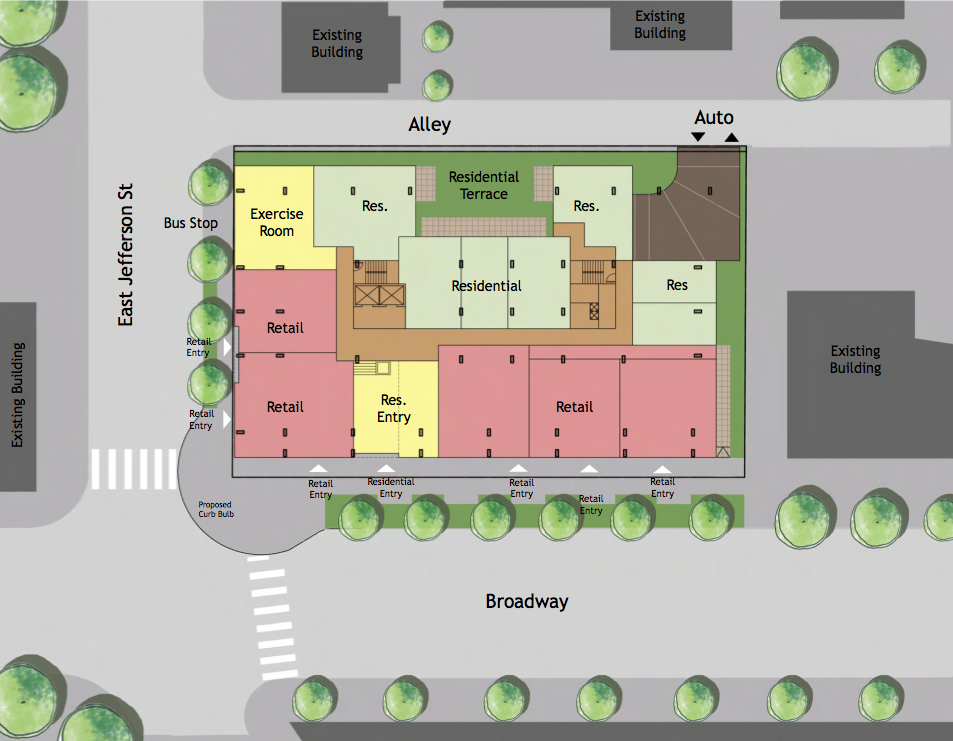 0 thoughts on “95 Apartments Planned for Jefferson and Broadway: Update”