The saga continues for the classic Madrona homes displaced by the expansion of Epiphany School. Four homes were affected by the expansion, and one of more recent construction was not movable and was destroyed two weeks ago. 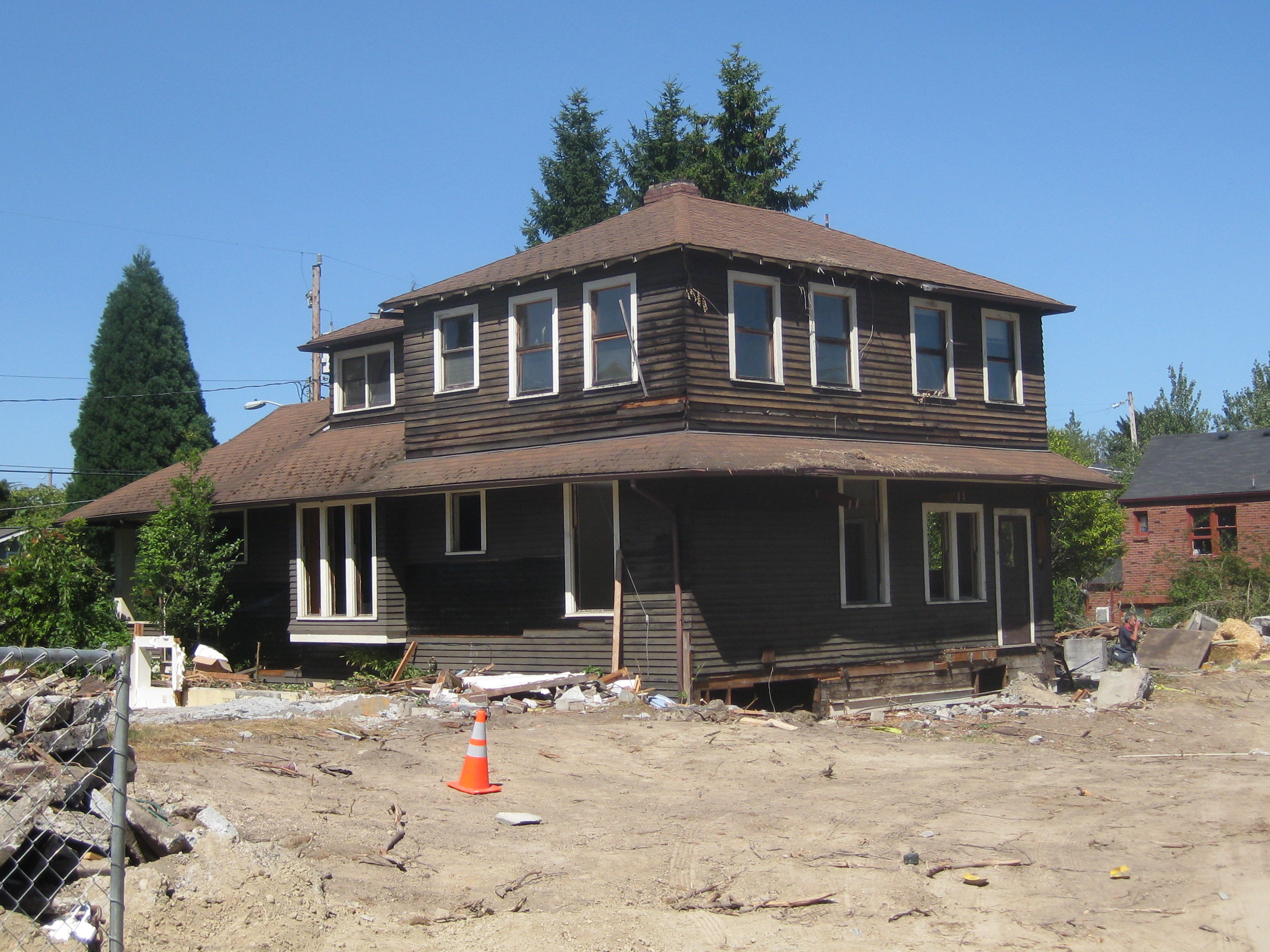 The deal fell through on this one, will be demolished Thursday 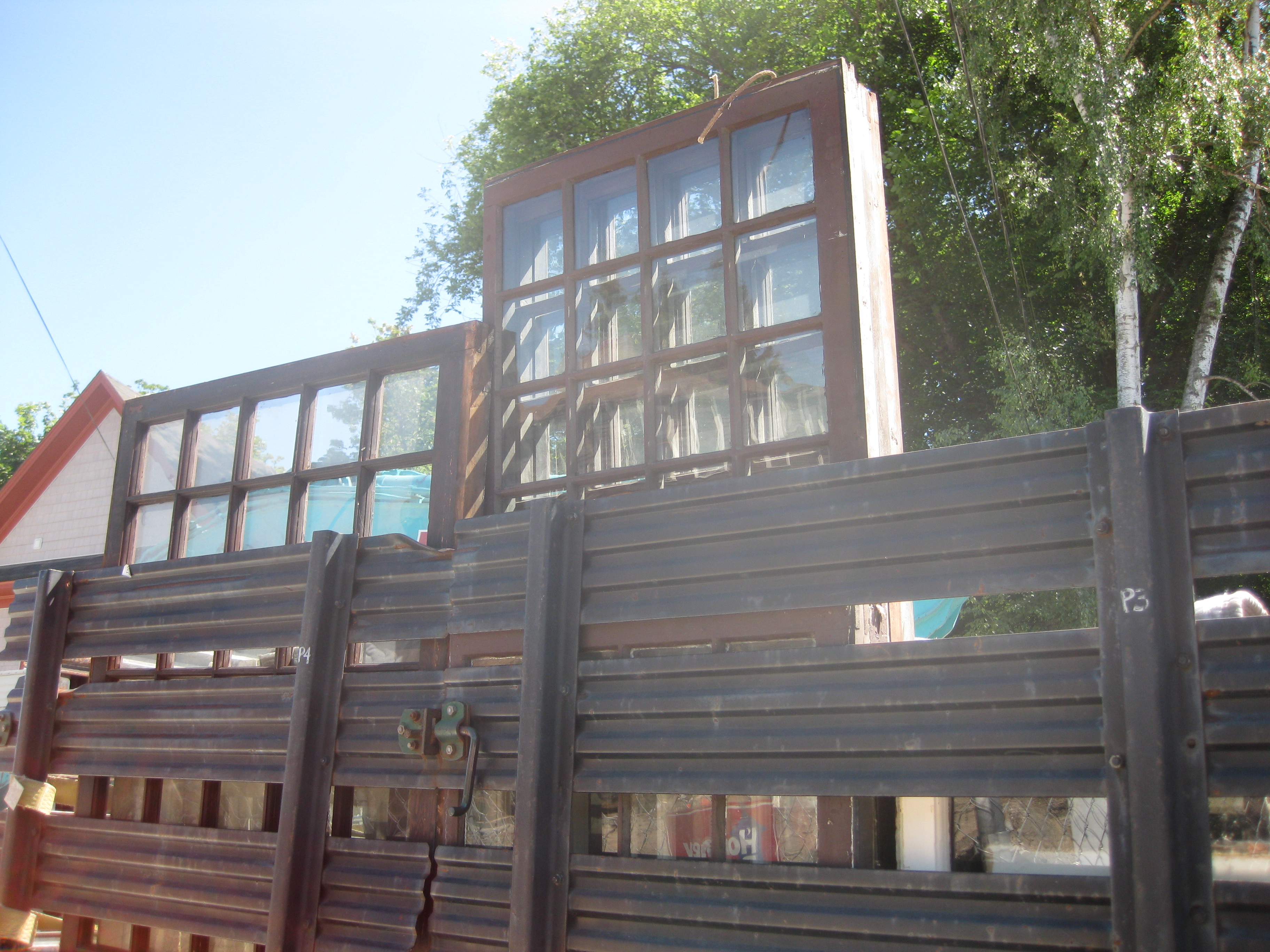 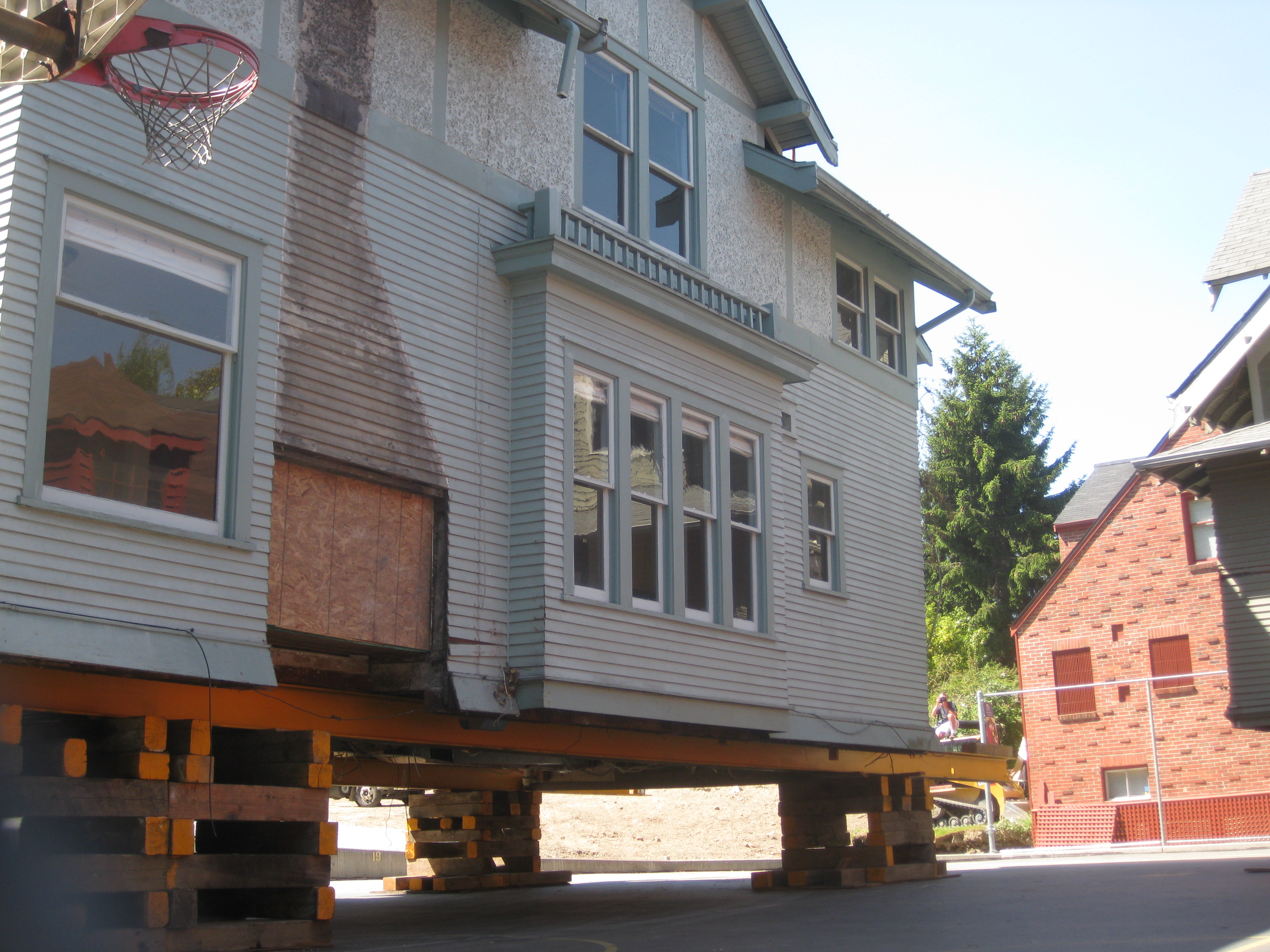 One of the two houses in limbo, temp. placed on the schools basketball court

A second house, the brown one in the middle of the three along Denny Way, had a tentative buyer who planned to move the house to a spot in Leschi. But that deal has fallen through and it is now scheduled to be demolished on Thursday of this week. Today crews from Second Use Building Materials were working on that house, trying to salvage useable components such as the divided glass windows and old trim.

The other two houses are in a state of limbo, having been temporarily moved from their original sites to the school’s basketball courts on another part of the property. The plan to move them later in July is at risk due to opposition from several property owners along E. Howell, the narrow residential street that runs behind the Epiphany property. The width of the homes would require the temporary removal of several small trees in the city right-of-way and the pruning of much larger trees that hang over the street from a hillside greenbelt.

The original plan to move the homes on Denny Way, a much larger arterial, wasn’t feasible due to the high cost of dealing with all of the bus trolley wires and other overhead communication and power transmission wiring that runs along that street.

Matt Neely, Epiphany’s Head of School, tells me that the prospective home buyers and Nickels Brothers House Movers has until the end of July to find a way to move the remaining two houses. If that can’t be done, the houses will be demolished.

The whole episode here raises an interesting question about the definition of environmentalism. The residents on Howell define it a very localized, personal way, not wanting to see a change to the leafy, shaded nature of their street. Others point to the hundreds of tons of materials will go to the landfill if the homes are destroyed, and the scores of trees in real forests that will be cut down to build new construction houses on the vacant lots that these homes would otherwise occupy if they could be moved.

Personally, I’m hoping they can work out a deal.