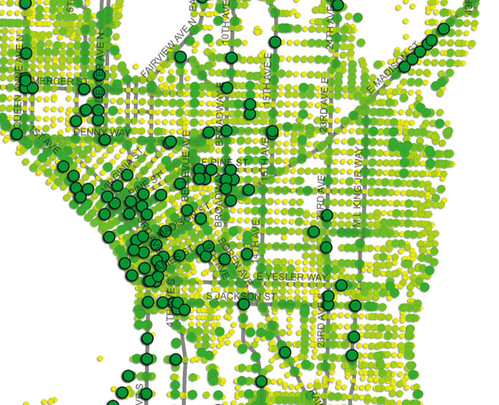 Walking around the Central District should get a little easier and a little bit safer in the next few years. A draft version of the city’s Pedestrian Master Plan was released yesterday, specifying the highest priority projects to improve the pedestrian experience around the city.

The city has identified twelve locations in the neighborhood that have the highest priority for improvements:

So far there’s no details on exactly what those improvements might be, but generally they’ll include things like marked crosswalks, new traffic signals, and extended curb bulbs.

It’s good to see something planned for 23rd between Union & Cherry. It’s currently a death-defying exercise to cross at either Columbia or Marion, so having an improvement of some sort at Marion will be a big improvement. It’s also good to see some improvements planned for MLK through Judkins Park, which can sometimes seem like an expressway and has seen some serious accidents recently.

But what do you think is missing?  The northern end of MLK seems like a missed opportunity, with a really wide street, fast traffic, and no crosswalks except at the major intersections. And so far there’s no talk of really transformative plans such as a road diet for 23rd Ave.

Have your own pedestrian wishlist? Leave a comment below

0 thoughts on “Pedestrian Plans for the CD”