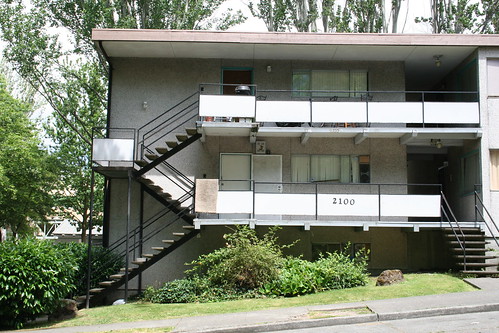 Last year Eldora Earlycutt lost her life on the 4th of July at the hands of Richard Judlin, her knife-wielding husband. In a check of court records we’ve found that he is now serving a twelve year sentence in the state penitentiary in Walla Walla. Judlin pled guilty to second degree murder in January of this year.

The crime happened after the two had been smoking crack in their apartment in the 2100 block of S. Main. Operators at 911 received a call from Mr. Judlin, who reported that he had been in a fight with his wife and had stabbed her. Officers arrived and took him into custody without incident, but found the wife laying on the floor, motionless, next to a bloody knife, and with obvious trauma to her head, neck, and stomach. She was pronounced dead at the scene.

In a police interview, Judlin offered that the only provocation for the murder was that his wife was “constantly nagging him and accusing him of infidelity.”

Judlin’s sentence of 147 months was at the low end of the standard range, negotiated as a condition of his plea. It includes a 24 month enhancement for use of a deadly weapon.

0 thoughts on “Another Crime Followup: Murderer Gets 12 Years”