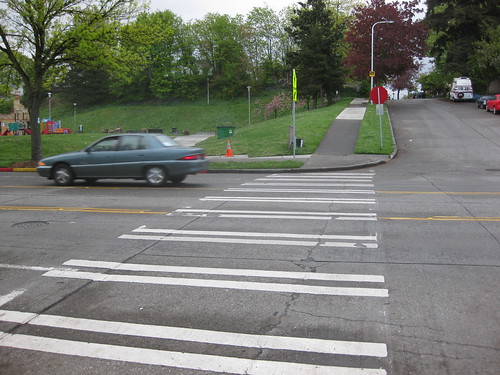 Several people commented on our pedestrian story yesterday regarding the situation around Powell Barnett park at MLK & Alder. The new Starbucks-funded playground there is super-popular, but it can be an adventure just to cross the street to get to it. We also knew that the area was on the radar of the powers-that-be back in March when they had a special day of traffic enforcement.

Now we’ve learned that some physical improvements are coming next week. According to SDOT spokesperson Marybeth Turner, the north corner of the park at Jefferson will also get an improvement with a new median island in the middle of MLK, giving pedestrians a small refuge from the cars that often use the turn lane as a passing lane.

The southern corner of the park at MLK & Alder will also get some attention with a new raised crosswalk to help slow down traffic and improve the odds that it will yield for pedestrians.  It will be very similar to this intersection in the junction in West Seattle: 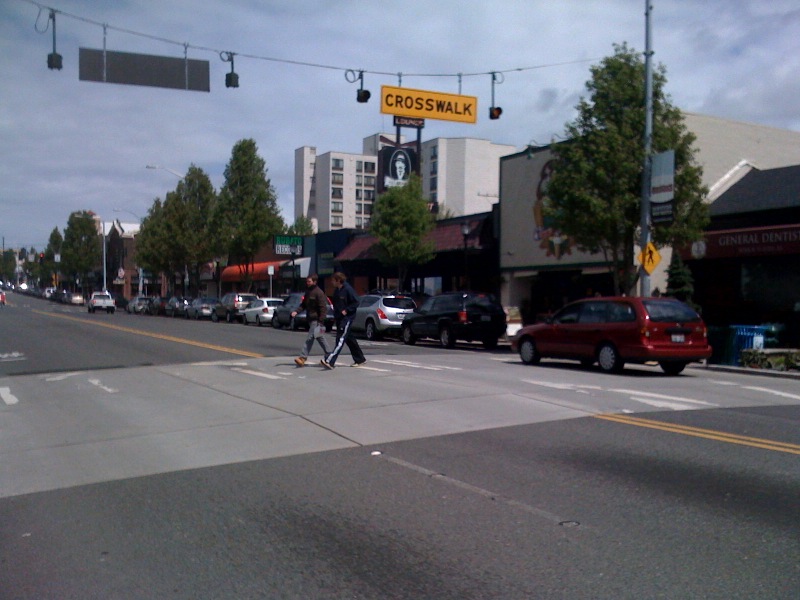 Both projects were specifically requested by community members and are funded through the Bridging the Gap levy that voters approved in 2006. Construction is scheduled to start next Thursday. 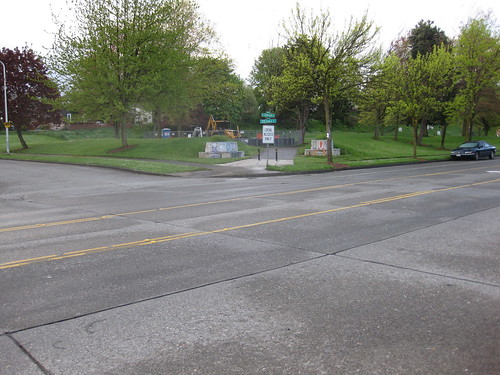