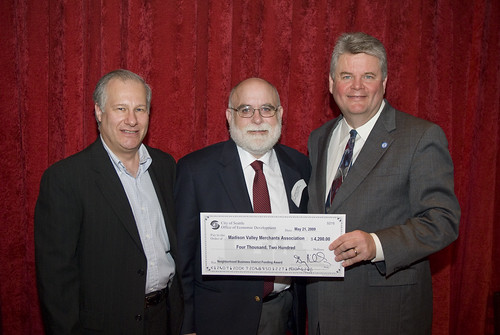 You’ll soon see some new promotional banners coming to street poles in Madison Valley and street furniture on 12th Ave, all courtesy of the city Office of Economic Development.

Mayor Nickels awarded a total of $128,384 in funding to twenty-two different neighborhood business districts in a ceremony earlier this morning. Winners were chosen by the city from a pool of economic-development proposals submitted by the business groups.

Among projects that were funded around the Central District:

We’re told by city officials that the Central District Chamber of Commerce did not submit a proposal this year. Last year they applied and won $6,000 for a series of business workshops. 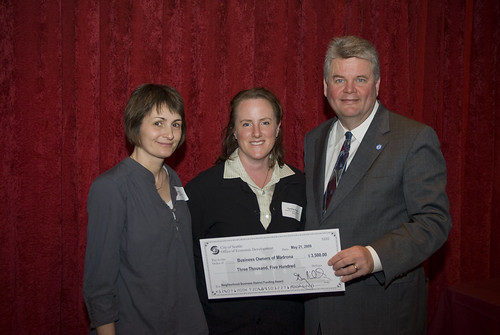 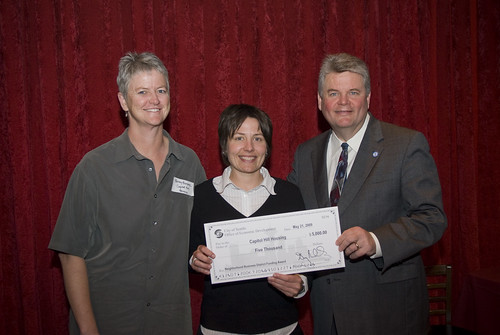