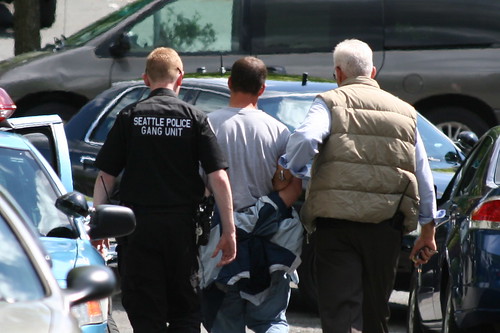 First, a couple of corrections from our report yesterday:

Of the two men who were stopped in a suspicious vehicle after the robbery, one 34 year old male was arrested and booked into King County Jail for investigation of burglary and assault. He has been denied bail. The other 24 year old was interviewed and released pending further investigation.

The man who was arrested has a significant criminal record, including a felony conviction in Snohomish County earlier this year (for what, we sadly don’t know due to Snohomish County’s useless website).

The two female suspects who were directly involved in the burglary are still at large.

0 thoughts on “Home Invasion Update – Man in Custody, Women Not”