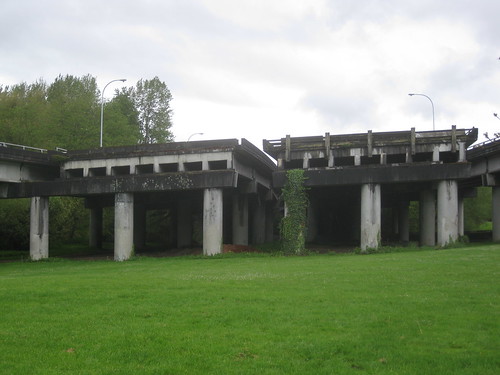 Think back to the sixties, at the height of the national freeway building craze. I-5 is under construction, slicing its way through the center of Seattle and destroying tens of thousands of homes and businesses that stood in the way. But even back then planners could see that I-5 wouldn’t provide enough capacity to zip people through the city, so state and city officials created a freeway master plan that would have placed additional expressways on both sides of I-5, running north and south along the length of Seattle. Additional east/west freeways would tie them together into a massive grid with controlled-access highways spaced about a mile apart in every direction.

The first big piece of that plan was the R.H. Thomson Expressway, which was designed to relieve I-5 via a route through the eastern half of the city. Connecting to I-5 near the south end of Boeing Field, it would head north with major connections to I-90 and the 520 bridge before continuing northwards to Lake City Way and the north end of Lake Washington.

The highway would have roughly followed the route of Empire Way (renamed Martin Luther King Jr. Way in 1983), cutting a trench through the middle of the Central District. It would have occupied the block between 27th Ave and Empire Way along its entire length, destroying thousands of homes. And with freeway crossings only at the intersections with major arterials such as Cherry, Union, Yesler, and Jackson, it would have created a wall of traffic and concrete between the neighborhood and Lake Washington. 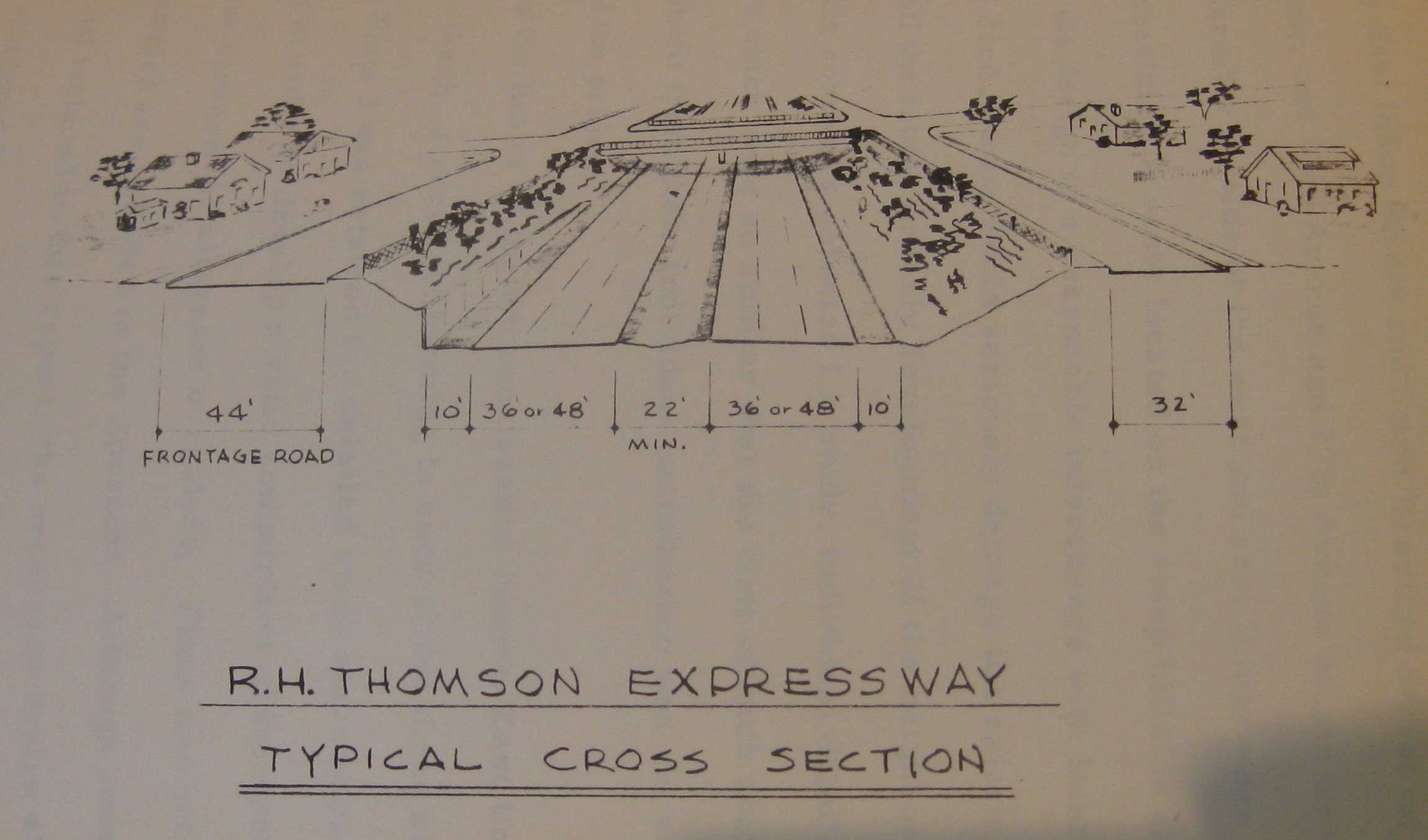 Plans provided for six highway lanes and additional collector streets along each side, with an estimated traffic volume of 70,000 vehicles per day by 1985. It gave neighborhood residents access to the freeway via on and off-ramps at Madison, Cherry, and Jackson streets.

But thankfully it failed. Residents from Montlake and the Central District and supporters of the Washington Park Arboretum organized Citizens Against R. H. Thomson (CARHT) and flooded city council meetings with arguments against the project. A group of homeowners in Montlake also filed a series of lawsuits over the route through their neighborhood and its effect on private property. The project was delayed, and eventually elected officials felt the pressure and placed the project on a special election in February of 1972, where it was voted down and killed once and for all.

Here’s a Google Map of the freeway’s route:

10 thoughts on “A Neighborhood Saved: History of Thomson Expressway”