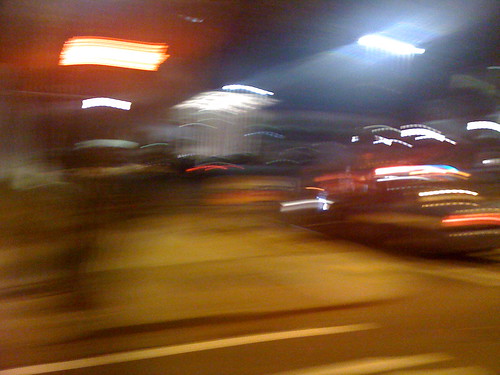 Here’s a followup on an event we tweeted about on Saturday after driving past as the arrests were under way. A caller to 911 had reported that a man with a gun was trying to rob people at 22nd & James. Police arrived quickly and caught three suspects and recovered a gun from near the back of the pool at 23rd & Jefferson.

According to the SPD blog, the stolen property was recovered and returned to the victims and the three suspects were booked into the King County Jail:

On April 25th at approximately 10:26 p.m.,  East Precinct officers responded to a report of a man with a gun attempting to rob people near 22nd Avenue and James Street.  Officers contacted the victims who pointed out the suspects who were trying to flee the area.      Most of the victim’s stolen property was recovered and returned to the victims.  Three male suspects were arrested and booked into the King County Jail.  The Robbery Unit will be conducting the follow up investigation.

The photo at left is my awesome attempt at a nighttime cell-phone photo of the event.