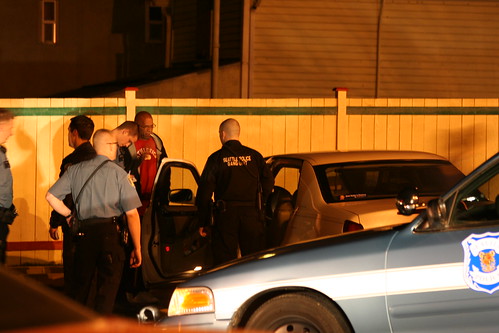 I just heard eight gun shots followed by the sound of a heavy vehicle acceleration in the area of Garfield. 911 has received numerous calls. Black male, teen-20s,  seen running Eastbound. The shooter threw the gun over the fence at 2200 E James fleeing Westbound in a maroon sedan. Unknown if anyone was hit.

Update: Witnesses at the scene say that the shots came from inbetween Jefferson and Cherry on 22nd.

Update x2: Police have confirmed that the crime scene is at Ezell’s at 23rd & Jefferson.

Update x3: by scott – I just got back from the scene. Luckily there is no human victim. Police were looking for shell casings in the back corner of the parking lot, near the dumpsters.  A white cadillac that was parked there was hit by about 8-9 bullets.  It appears that the owner was just there to pick up some chicken and otherwise uninvolved.  No one at the scene could say what the target of the shooting might have been.

Police were also looking around neighboring properties for any evidence from the shooting, and other officers were poking around in the 2200 block of E. James for the gun that was reportedly dumped by a fleeing suspect.

Apologies for the poor quality of the photos – didn’t have a tripod.

An interesting side story:  A the scene I met the guy who was the victim in this shooting from February.  Said he was sitting at the light at 23rd & Jackson in his Cadillac when suddenly someone opened fire from the Starbucks parking lot.  His windows were blown out, and he took off out of fear.  He said it was a case of mistaken identity, and that he now wants to get rid of the Cadillac since they seem to be frequent targets. 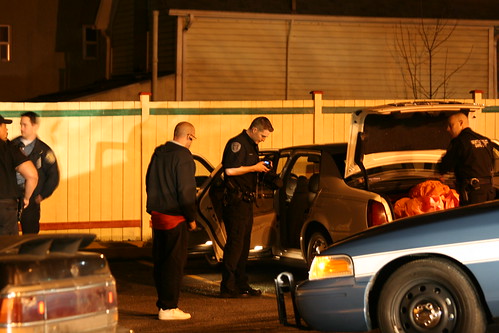 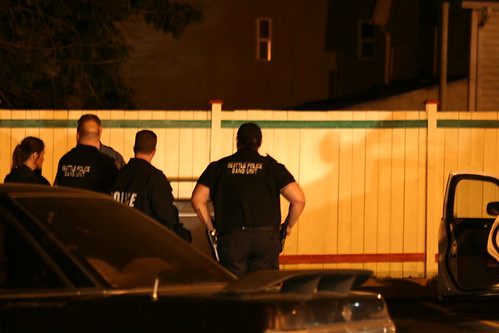 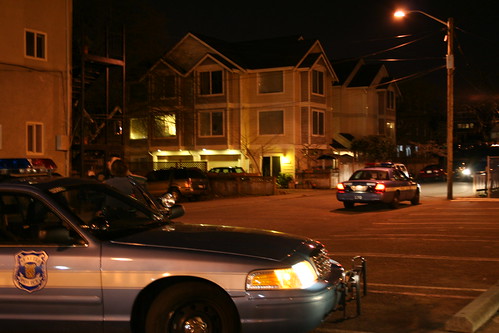