The south end shooting we covered in today’s scanner may be connected to a later incident of shots fired at 26th & Jackson this evening.  Multiple 911 calls reported hearing several shots fired in that area, and eyewitnesses reported seeing several males running eastbound from MLK & Jackson, described as black males in their teens. One appeared to be possibly putting a handgun in his pants. Other witnesses said that suspects in a green older Honda opened fire on a group of young men who were standing on the Southeast corner of 26th & Jackson. No victims nor property damage was found.

Police are seeking the public’s help in finding the vehicle that may be connected to both shootings. It’s described as a gray or green 1982 Honda Prelude, license 452-PAH. It was last reported to have 4 occupants: 3 African-American males and possibly an African-American female. That plate is registered to an address in south King County.

Police ask that you call 911 if you have any information on that vehicle or its occupants.

It will look similar to the car in this photo: 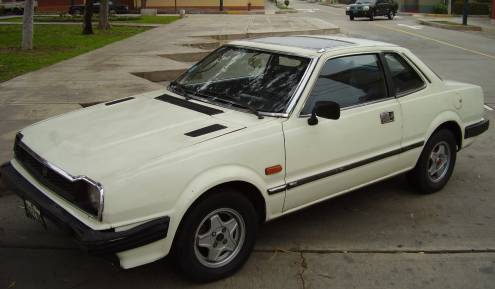 0 thoughts on “Police Ask for Help Finding Vehicle from Shooting”