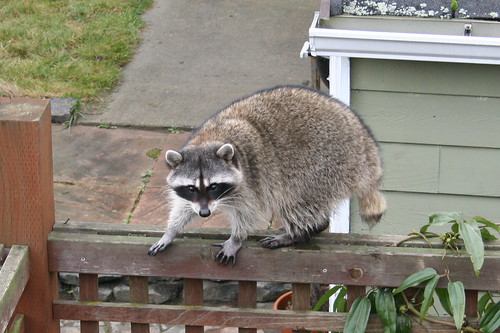 I looked up from the laptop a bit a go to see a king-sized raccoon descend the fence into the CDNews Executive Courtyard & Outdoor Retreat. He hung out for a minute before he saw me and went back the way he came, but in a sickly slow, hobbling manner.  He also had an unusually short tail with scabby parts on it.

He moved so slow that I had time to go out and follow him down the block until he disappeared behind the fence of an abandoned house near 22nd & E. Columbia.

It seems like a bad situation, both for the raccoon and any people or pets who might encounter it, so I called up Seattle Animal Control.  Their response: they can only help with sick raccoons if they’re completely immobile or confined by a citizen.  Or they can come pick up the carcass if he actually dies.

So if you’re anywhere between 20th & 23rd, Cherry & Marion, you might want to keep your pets inside for a while. And if you see the raccoon around, go ahead and call Animal Control at 206-386-7387 and keep up the pressure for them to come help out. 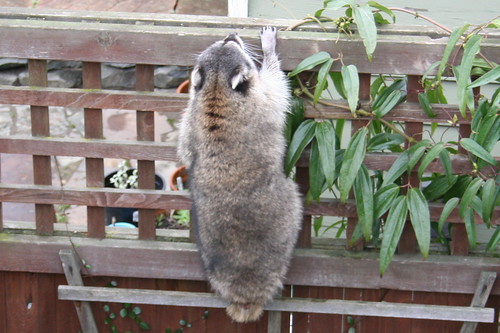 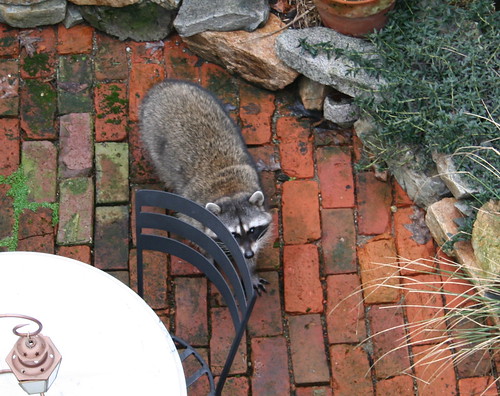