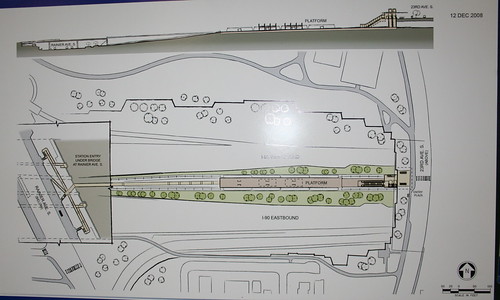 I went over to the Sound Transit open house at Thurgood Marshall elementary tonight to get a look at the latest design for the light rail station planned for I-90 between 23rd & Rainier. It’s all part of the new East Link route that will link downtown Seattle with Mercer Island, Bellevue, and the Microsoft campus.

Here’s some of the highlights:

Sound Transit will be accepting public comment on their plans until February 25th.  Construction is scheduled to begin in 2013, with service to Bellevue opening in 2020. My recommended comment? “Build it faster!”

Detailed drawings of the station are in the attached PDF file.

0 thoughts on “New Details on I-90 Light Rail Station”