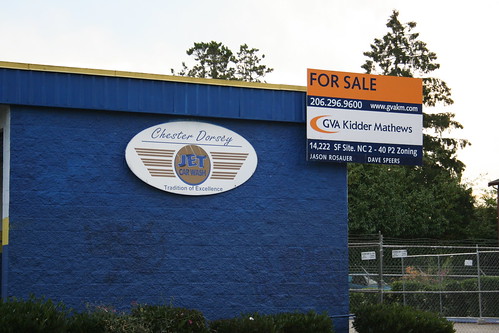 We’ve been trying to get some answers on the closure of the self-serve car wash on 23rd, but so far we’re coming up with only more questions.

The lot containing the car wash is zoned for NC2-40, allowing a 40-foot tall commercial building.

We’ve also dug up some information at the county about the main Chester Dorsey Detailing property at 23rd & Madison:   it was sold on August 28th to a group of real estate investors.   And when we walked by the other night, there was a large soil-drilling machine parked there and markings on the pavement where they had apparently been doing soil samples.  That property is zoned for a 65 foot commercial building, but it seems like it would be a challenge to build a significant building on a 6,800 square foot lot.   Mr. Dorsey still owns two other neighboring parcels across Madison and to the east along 23rd, both currently used for parking.

We’ve made multiple calls to Chester Dorsey’s business but haven’t been able to reach anyone who can speak to the status of the closed-down self-service car wash or the future of their 23rd & Madison operation.   However, an employee there did say that the detailing operation is still open and serving customers. Let us know in the comments below if you have a scoop. 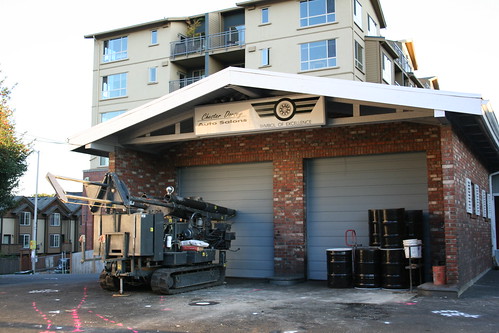