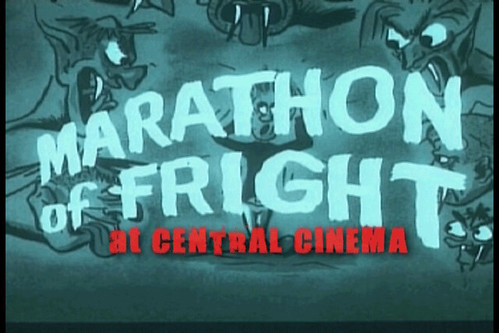 Break out the fake blood and rattle some door knobs! Make a short horror film in any genre from Gore to Psychosis to Zombies. Keep it under 10 minutes-ish. Burn it on a DVD and submit it to Central Cinema before Midnight October 26th. Extra credit for including a STIFF Festival T-shirt, STIFF Poster, Central Cinema T-shirt, or Central Cinema Sticker somewhere in your movie.