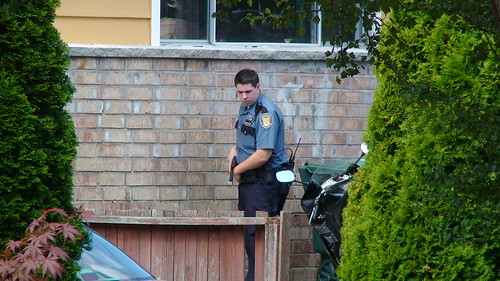 I’m at the scene of this stand-off on 29th S. One suspect has come out. They’re calling on the PA for an additional man to come out. This is connected to the shots fired at the Red Apple that was in todays scanner report. The first people to come out of the house were two women and a baby. Then about 15 minutes later a teenaged man emerged and was taken into custody.

It’s not clear if the remaining person in the house is a suspect or just a resident. There’s repeated calls on the PA for them to come out or call 911 to speak to police.

Update: 2:03pm – still waiting. But my fellow looky-loos are getting restless. Says one: “there weren’t this many copsback when I had that robbery a couple years ago”

Update:. 2:25pm – still waiting. There’s been some movement of cops with ballistic shields, but that’s

Update: 2:45pm – the second occupant has surrendered peacefully. Police are preparing to enter the home

Update: 2:56pm – the house has checked clear. Standoff over Pics and video when I get back to the office 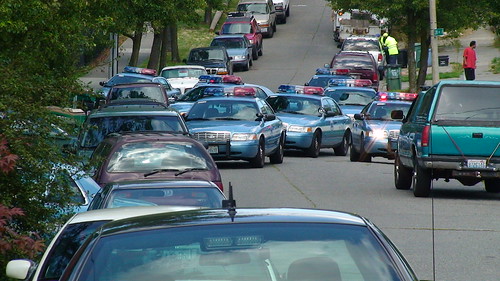