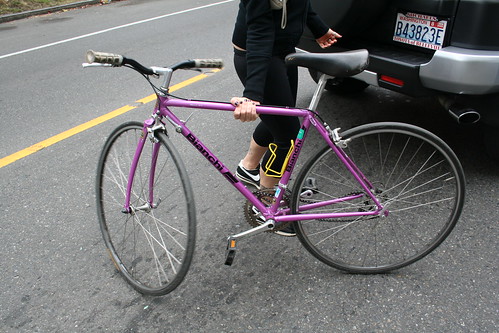 As an everyday cyclist, I cringe every time I hear one of these come up on the scanner:  car vs. bicyclist accident.   This one was on Union, mid-block between 27th & MLK.

Witnesses at the scene told me that the rider was coming down the hill and got what cyclists unlovingly call a “door prize”, where a car door suddenly opens and causes a nasty collision.  This one sent the cyclist over the handlebars, and she ended up with a really torn-up foot.  Another witness said the front of her foot was totally pulled back, with pieces of bone showing.  Medics were on the scene, preparing to transport her to Harborview for treatment.

But it could have been much worse, as the cyclist was not wearing a helmet.   Somehow she avoided hitting her head in the fall.

A couple of reminders for all of us: 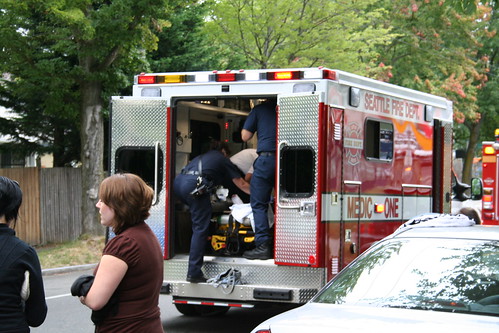 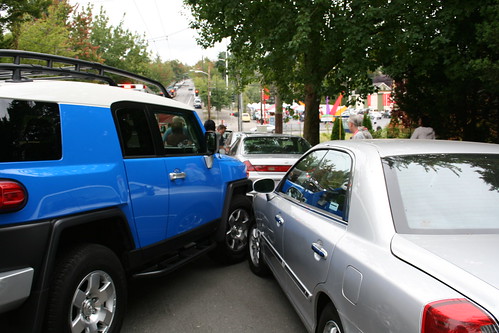