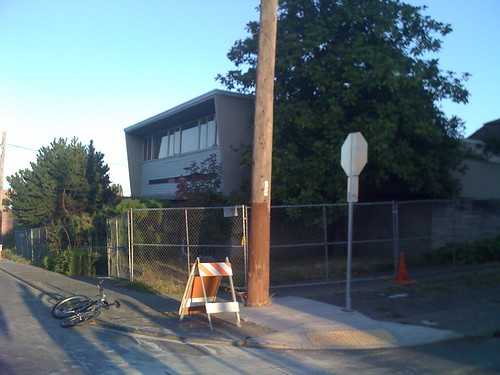 Kery Murakami has a story in today’s PI about CASA Latina breaking ground on their new headquarters at 17th & Jackson.   This follows an earlier signing of a good neighbor agreement between CASA Latina and the city.

It’s a move that hasn’t been without controversy since it was announced last year.  While it gained the support of most community leaders on the Jackson Place Community Council, a group of citizens broke away and held a much-publicized meeting to try and organize public opposition to the project.

The main concern was that the area around the headquarters would become a version of the Home Depot parking lot, with day laborers hanging around waiting for people to pick them up for jobs.   However, in the PI story Bill Bradburd says that the good neighbor agreement will keep things under control:

Bill Bradburd, chairman of the Jackson Place Community Council, acknowledged Monday that some residents still worry that laborers not affiliated with CASA Latina will show up at the new site, at 17th Avenue South and South Jackson Street. Bradburd and others, though, “are taking a wait-and-see attitude,” he said. Under the agreement, “it’s not good for CASA Latina, if there are problems.”

The first phase of construction will wrap up in January of next year, with a second building to follow in 2010.