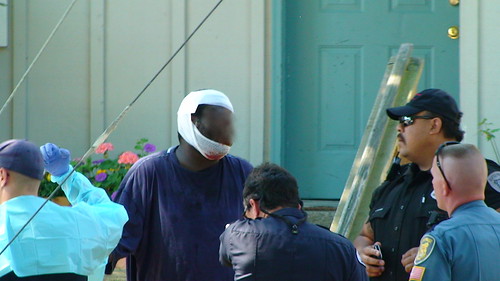 This popped up on the scanner at 1:19pm this afternoon, originally as a shots-fired call, then updated by later calls reporting a man with gunshot wounds in a yard in the 700 block of 26th Ave S.

I rode over to the scene and saw a heavy-set black male being treated by medics for a gunshot wound to the chin.  He was alert and conscious and able to get up and get into an ambulance under his own power.

There was a red Chevy Suburban parked in a neighboring driveway with visible damage from bullet holes to the rear windows.  Police were also taking pictures of the front of the vehicle, which I couldn’t see.   Witnesses at the scene told me that it was the victim’s vehicle, and that he was shot while driving and made his way to this address where either he and/or his family live.   Family members of the victim were present at the scene and visibly distraught

Officers from the gang unit were also there taking pictures of the vehicle and talking to the victim.

It’s not clear where the original shooting occured at this point.  We’ve heard on the scanner of follow-up activity in the 900 block of MLK South, a few blocks from where the victim ended up.   We also heard that police were looking for a copper-colored vehicle with 3 juveniles onboard who were seen fleeing the scene.    One of those 3 may be in custody, but the situation is fluid.

Update: 3:31pm – I just spoke to Mark Jamieson from Seattle Police, who confirmed that a suspect was taken into custody at 2pm, only 40 minutes after the shooting was first reported.   Police were working off of a description of the suspect given by witnesses and located a possible match in the area of the original shooting, in the 900 block of MLK South.  A witness to the shooting was then able to make a positive ID of the suspect, a juvenile, and the suspect was taken into custody and is being interviewed by detectives.

Although original reports indicated that 3 juveniles were involved, Mr. Jamieson says that there are no outstanding suspects at this time.

Police say that although gang detectives are assisting in the investigation, it’s too soon to definitively say that this was gang-related.  However, they were “familiar with the players” and helpful in the quick apprehension of the suspect.

The suspect in the case, whose name has not been officially released yet, has a long criminal history that shows a pattern of violence and property crimes going back several years.  He was most recently booked into the King County Jail on January 18th of this year, and was held for a day on charges of domestic violence assault.   Court files from February of this year show charges of Robbery 1, with a penalty assessed of $100.     He also has a record with lesser property crimes, including car prowls, theft, vehicle theft, and drug offenses.   Each of those property crimes were accompanied by “Ineligible to Possess A Firearm” notices.   Other charges include harassment and firearms violations. 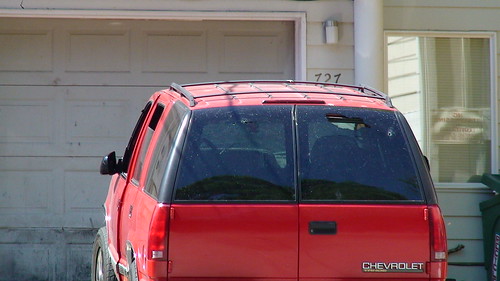 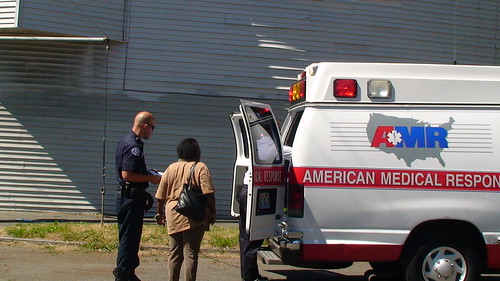 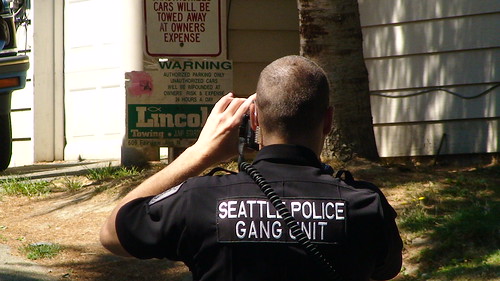