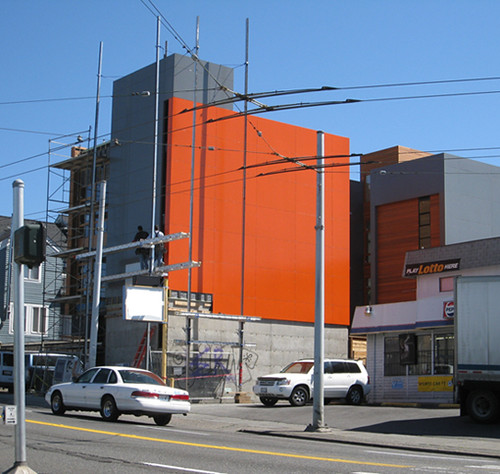 What do you think about this blast of orange on 23rd and Dearborn? (next to the Parnell’s, kinda Central District/Rainier area/judkins)

Don’t pretend like you haven’t seen it. I can’t get it outta my mind…
It makes me think of color theory class, the psychological color-effects on human behavior. I guess the future will tell if it holds any relevancy here.

0 thoughts on “Orange you gonna’ look?”