I just got back from the scene of an underground electrical explosion at 23rd & Pike.   No one was hurt, but power is out for a big chunk of the neighborhood and 23rd is shut down to both directions of travel north of Union.

Neighbors described hearing three separate explosions and the acrid smell of smoke before power went out.

According to Seattle City Light, the explosion was caused by “a failure of a cable in an underground vault on Capitol Hill” (grrrrr).   The outage has affected about 2,500 customers, bordered by these two areas:

I think those might not be completely accurate, since the two areas overlap and since Central District News World Headquarters ™ exists in the area but we’ve had power the whole time.  No estimate is available for when power will be restored.

Stay tuned for more details and video from the scene, including the story as told by someone who was standing right next to it when it went up. 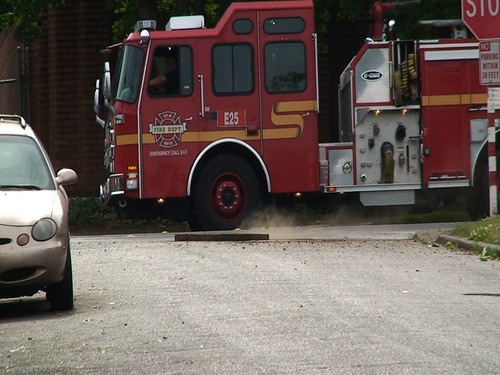