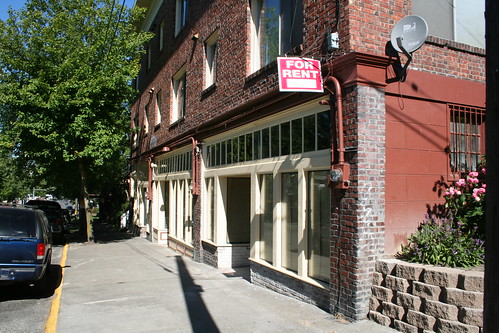 Just last week GatorTV wrote about the vacant storefronts on Cherry between 23rd & MLK.  But as I was out and about this weekend, I discovered that there is some change coming to Cherry on the far side of MLK towards Madona.

First, at the northeast corner of 29th & Cherry, a vacant building that previously held a pizza shop has undergone a big transformation, and a new sign says that King Creole Louisiana Gumbo and BBQ will have their grand opening “Soon”. A good creole joint would be a fantastic addition to the neighborhood.  I’m eager for them to open so we can give it a try.

And then on the other end of that same block, a previously neglected set of store fronts have been remodeled.  The only clear indication so far is that the middle one will be a convenience store (grrrr), but that leaves two other locations where we might get something good.   Let’s keep our fingers crossed that a couple of local entrepreneurs will get inspired and start something cool in those spots. 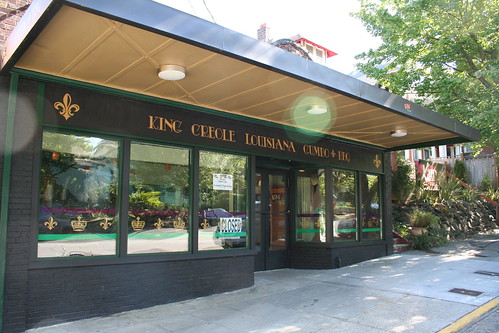